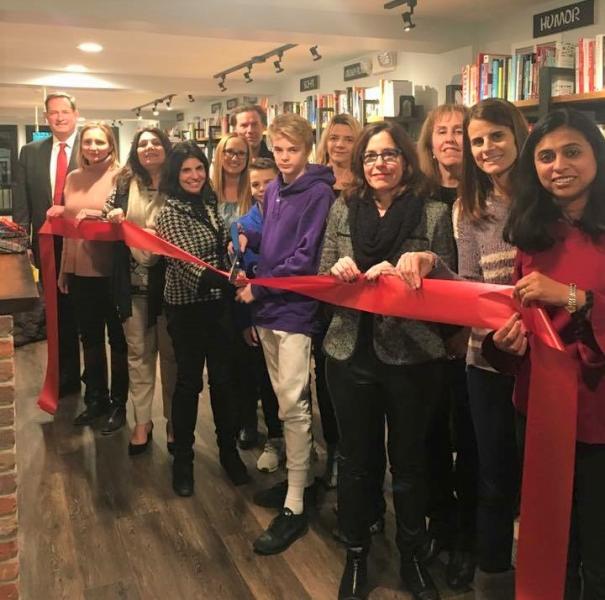 The 1,500-square-foot building, which formerly housed a spa and hair salon, features the bookstore on the first floor and residential housing on the second, with the basement serving as the bookstore’s gallery for local artists. A café inside the bookstore offers coffee, tea, and baked goods.

Nicoll told Jersey Digs that she wants the bookstore to become a community gathering place, one that features events and inspires conversations among people of different backgrounds.

“In the end, we will understand a little more of one another’s actions, thoughts, and positions,” she said. “That’s the dream.” 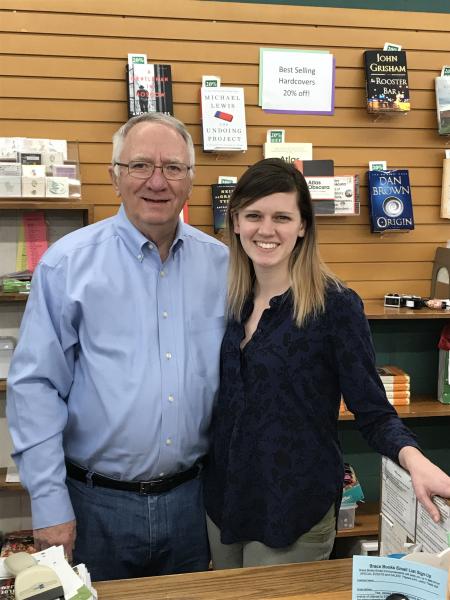 Jean Brace opened the bookstore in 1983 and served as owner until her death in 2015. Jerry Brace, who joined Jean at the store in 1986, will remain at Brace Books & More as an employee and consultant for a year.

In addition to books, the store features a coffee bar and non-book items, such as toys, candles, jewelry, gifts, and kitchenware.

“It is always a pleasure to hear nice words about the store and its staff from customers who return to shop year after year,” said Jerry Brace.

In New Milford, Connecticut, Vanessa Gronbach has found a buyer for her bookstore, Bank Street Book Nook, she announced on the store’s Facebook page on February 16.

“The new owners will be taking some time to get acclimated with the store and will reopen soon. The next post from this page will be from your new Book Nook owners,” Gronbach wrote. “I hope you continue to support them as much as you did me. It has been a privilege these last four years and I cannot wait to become a customer myself!”

Gronbach and her husband, David, purchased the store in February 2014. They had planned to close the store permanently on February 11 if a buyer was not found. 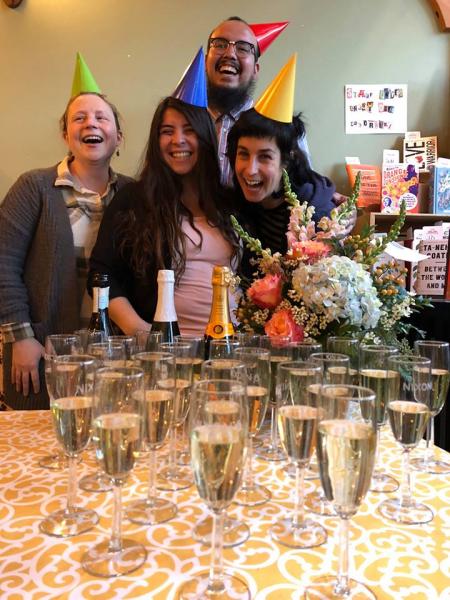 In its first year, the bookstore has hosted workshops, literary readings, and author events. In their second year, Avery and Lamberson are looking to host musical performances, a Ukranian egg dyeing workshop for Easter, and more.

Reflecting on the inspiration to open the store, Avery said, “For me I think just the love of books and the love of knowledge and all that can come from the sharing of a book with someone is a beautiful thing. It’s almost romantic when you think about it.”

The support from the community in the store’s first year came as a surprise, said Lamberson. “We’ve got a little bit of a tiger-by-the-tail situation here,” she said. “The amazing support and success we didn’t anticipate so quickly has been so reassuring.”

This spring, Battle Creek Books in Battle Creek, Michigan, will relocate to downtown Marshall, about 12 miles away, and will be renamed The Mitten Word Bookshop, reported the Battle Creek Enquirer.

Owners Jim and Ginny Donahue are retaining ownership of the store. The move and name change come after Jim Donohue learned of the partnership possibilities between bookstores and coffee shops and breweries. A conversation with Marshall’s Dark Horse Brewing Co. led him to the Marshall Area Economic Development Alliance, Donahue told the Enquirer.

“They were incredibly enthusiastic about inviting a bookstore over,” Donahue said. “They have several storefronts. They have a good occupancy rate, but also a few spaces open. It seemed like a way to continue the joy of selling books and meeting new people.”

The store will close on March 17 and the Donohues are aiming to reopen in the new location in mid-April.

Jonah and Ellen Zimiles, the founders of [words] bookstore in Maplewood, New Jersey, have been presented with the Caryn Schwartzman Spirit Award from the Autism Science Foundation (ASF) for their work in “enhancing the lives of individuals with autism,” reported Patch.

“The Zimiles’ efforts on behalf of disabled customers and employees, especially those with autism, have helped Maplewood become a model community of inclusion,” the ASF said in a statement.

The bookstore, which opened in 2009, serves as a welcoming space for people of all abilities and offers job training for young adults with autism. Earlier this year, the Zimiles announced plans to open a bookstore location at a special needs learning facility in Livingston, New Jersey, which will provide vocational training for individuals with autism.

Bookshop Santa Cruz in Santa Cruz, California, has announced the launch of the new Women’s Voices program, which aims to elevate the voices of women writers, further the dialogue around issues facing women today, and create a community conversation about equality in Santa Cruz through books.

The program will feature author events, reading challenges, children’s programming, and community-building events, all with the goal of focusing attention on important issues surrounding women and helping readers discover books that further the conversation on a local and national level.

Each month throughout the year, Bookshop Santa Cruz will highlight a book written by a female author and invite everyone in Santa Cruz to read it. The February pick, which will feature a discussion and book signing with the author on February 23, is This Will Be My Undoing: Living at the Intersection of Black, Female and Feminist in (White) America by Morgan Jerkins (Harper Perennial).

Bookshop Santa Cruz has also developed a Women’s Voices challenges list, which aims to inspire readers to try to make a difference throughout the campaign.