Steve Bercu, the co-owner of BookPeople in Austin, Texas, delivered the keynote speech at the Booksellers New Zealand 95th Annual Conference earlier this month, in which he discussed the reasons for the flourishing state of American bookselling, including the role of the localism movement. 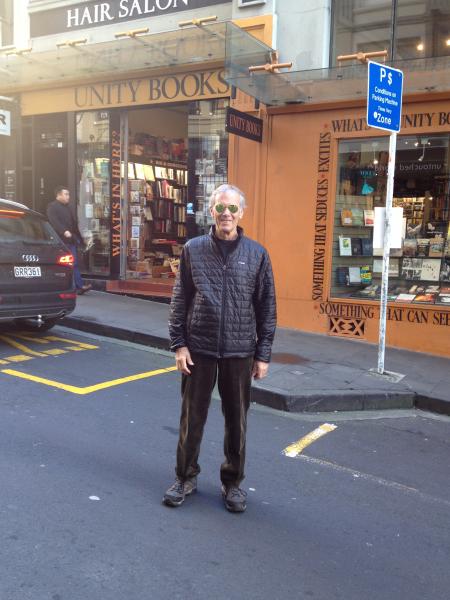 Bercu’s trip was sponsored by Penguin Random House New Zealand. At the conference, which was held in Auckland from Saturday, July 2, to Sunday, July 3, Bercu, a former president of the American Booksellers Association, met with booksellers and government officials to learn about the state of bookselling — and retail in general — in New Zealand.

In his keynote on July 3, Bercu discussed the ingredients for a successful bookselling business, the recent growth in independent bookselling in the U.S., as well as the role indie booksellers play in their local communities. He cited the ever-improving state of American bookselling, including the increasing number of stores that have opened in the U.S. over the past seven years, as well as a national increase in indie bookstore sales.

“The primary thing I talked about was localism, including a little bit about the history of the localism movement in the U.S., where it is going and why,” Bercu told Bookselling This Week. The localism movement is essentially just getting started in New Zealand, he added, noting that the country is still recovering from the international economic downturn of 2008. 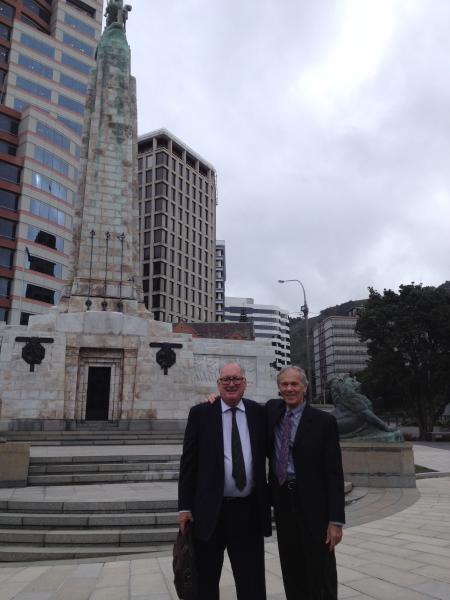 “It’s funny,” Bercu said of the nascent localism movement, “because New Zealand, as a country, is the most local-seeming place you could ever be.” There are several national book chains, including Whitcoulls and Paper Plus, and a few grocery chains, but regarding retail in general, Bercu said, “I didn’t see anything that resembled a chain while I was there.”

During the conference, Bercu also appeared on the education panel “How to Improve Cash Flow by the Orderly Management of Returns,” which was designed to help attending booksellers better understand the return process and how to make it work for them.

“I also got to meet a lot of New Zealand booksellers and to spend time with Booksellers New Zealand Chief Executive Officer Lincoln Gould,” said Bercu. He also had the opportunity to meet with New Zealand Government Small Business Minister Honorable Craig Foss at New Zealand’s Parliament. There, said Bercu, the two discussed the characteristics of small business in the U.S. and New Zealand, including how online retailers that do not collect sales tax (with Amazon being the biggest offender in each country) hurt local communities.

“It’s the same problem from a governmental level and the same competitive problem for the bookstores,” Bercu said, adding that he gave Foss and Gould a copy of the 2016 Civic Economics study “Amazon and Empty Storefronts,” commissioned by ABA. During his trip, Bercu also appeared on the New Zealand national radio show Standing Room Only (Bercu’s segment can be heard here). 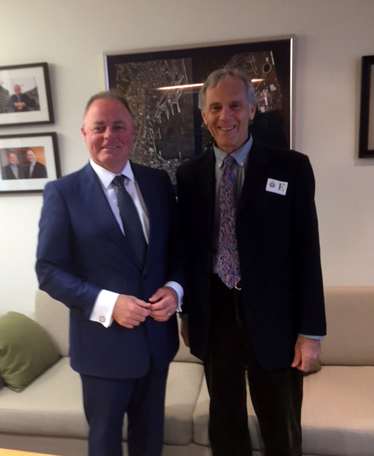 Compared to ABA’s conferences, the New Zealand affair featured less education and more business meetings with publishers, said Bercu, in part because it is hard to get the association’s members to meet, since many of their stores are so remote. The two-day conference also featured Booksellers New Zealand’s annual meeting and a town hall, similar in format to ABA’s; an industry awards ceremony; and additional speakers, including The Rosie Project author Graeme Simison.

“The booksellers there were positive about the business in general. It seemed to be very professional in the sense of people being booksellers as a career,” said Bercu. “I talked to several people at different stores whose dream was to open their own bookstores one day. I thought that was encouraging. There also seemed to be a good number of younger booksellers.”

During his visit, Bercu also visited local independent bookstores, including Unity Books and The Women’s Bookshop in Auckland.

“It was impressive. Pretty much anywhere you walked you passed a bookstore,” Bercu said. “Their number of bookstores per capita is much more dramatic than ours.” The country has a population of about 4.5 million people — less than Houston, said Bercu — and is home to about 200 bookstores.

Another difference in New Zealand’s bookselling culture, and something that came as a surprise to Bercu, was the actual cost of books: about $40 in New Zealand currency (equivalent to approximately $29 American dollars) for a trade paperback. 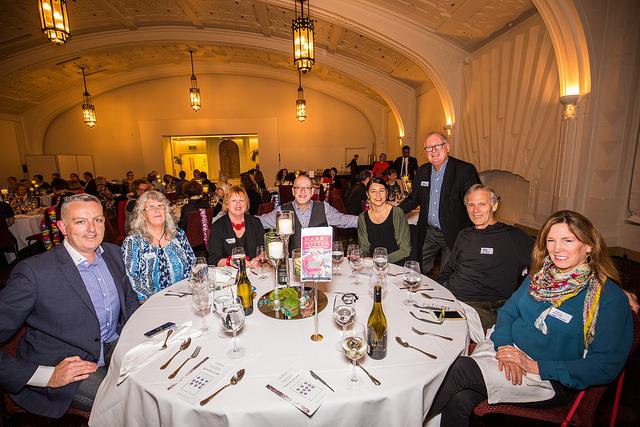 Bercu and friends at the Booksellers NZ industry awards banquet.

Bercu also noted that he didn’t see many hardback books on the shelves at the stores he visited, but, he said, “Their bookstores are just jammed with books. A lot of the stores had overstock — I don’t know anyone who has overstock in the U.S. Part of it is the crazy way they have to buy. For one thing, they do not have any distributors in the country, and most of the publishers have their offices in Sydney.”

One bookseller at Unity Books told Bercu that delivery from U.S. distributors like Ingram and Baker & Taylor is often quicker than with orders placed from some publishers and distributors in Australia. “Everything seems more complicated there,” observed Bercu. “It’s an island in the middle of the Pacific Ocean, so they’re probably used to things being more difficult.”