The results of the annual BookStats survey, compiled by the Association of American Publishers and the Book Industry Study Group, are in. The study incorporates information from 1,500 publishers for the year 2012, the New York Times reported.

The survey found that publishers’ e-book fiction sales increased 42 percent in 2012, compared to 2011; nonfiction increased 22 percent; and children’s and YA sales were up 117 percent. Downloadable audiobooks saw a 22 percent increase, and print sales remained flat.

E-books now account for 20 percent of publishers’ revenues, up from 15 percent in 2011.

High-profile author events at BookExpo America will be streamed once again this year for live or on demand viewing free of charge. The BEA Live streaming program, which launched last year, will cover author events, speeches, interviews, and panels, as well as the BEA Editor Buzzes and the ABA’s Celebration of Bookselling and Author Awards Luncheon.

Authors to be streamed include Chelsea Handler, Octavia Spencer, Rick Riordan, Chris Matthews, Neil Gaiman, and Amy Tan, among others.

This year’s Buzz Books 2013: Fall/Winter, a free-ebook, includes excerpts from 40 titles that will be featured at BookExpo America.

Readers will get a peek into adult fiction titles by Jonathan Lethem, Wally Lamb, and Sue Grafton, as well as quite a few debut authors; nonfiction titles from Alan Weisman, Dana Goodyear, and Johnny Carson confidant Henry Bushkin; and YA and children’s titles from Walter Dean Myers, Brandon Sanderson, James Swanson, and Tamora Pierce. Last year’s Buzz Books had 15 titles go on to be bestsellers.

Download the trade edition, including detailed rights, publicity and promotional info, and click-throughs to request galleys.  A consumer edition is also available. Questions should be directed to buzz@publisherslunch.com.

The Bookstore Training Group of Paz & Associates welcomed 18 trainees from four countries at its recent workshop, Owning a Bookstore: The Business Essentials. Co-sponsored by the American Booksellers Association, the program offered educational development for those looking to broaden their bookselling and retail experience. Twelve trainers, including a regional Small Business Administration loan officer, led the in-depth training. 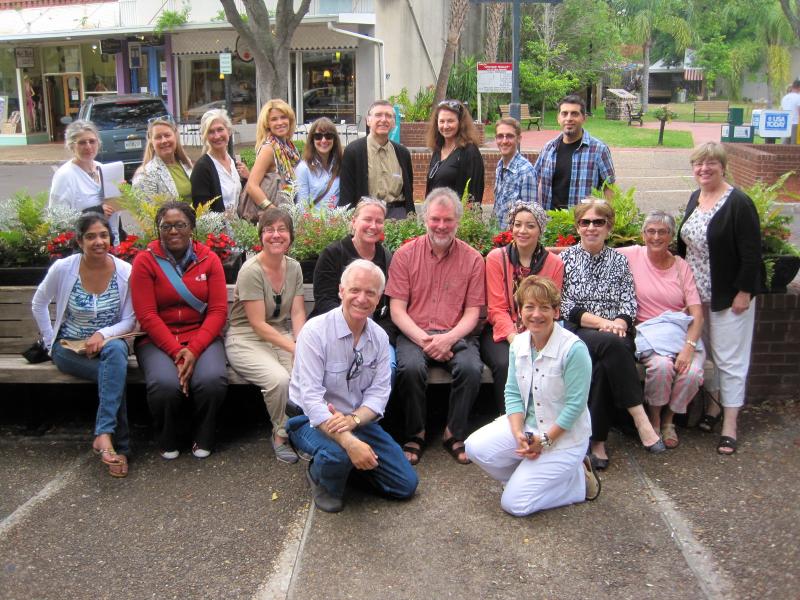 The Midwest Independent Booksellers Association has announced the finalist for the Midwest Booksellers Choice Awards, which have been nominated over the past six weeks by Midwest booksellers from nine states. Over the next month, MIBA booksellers will vote to choose the winners who will be announced at the Heartland Fall Forum in October.

The Fiction finalists are:

The Kids’ Right to Read Project, along with nine other free speech organizations, signed a letter to Northville Public School District in Michigan on May 3 after the school began to reconsider the availability of Anne Frank’s The Diary of a Young Girl in junior high school classrooms.

A parent complained about the anatomical descriptions in the book, which include Frank describing her body as it begins to change. KRRP noted how well students relate to the Diary and how valuable an educational resource it is.

The school district’s review committee opted to keep the title in classrooms, with the superintendent determining that removing the book would be a form of censorship.

Marjorie Heins has won the 2013 Hugh Hefner First Amendment Award in the category of book publishing for her title Priests of Our Democracy: The Supreme Court, Academic Freedom, and the Anti-Communist Purge. Heins is a civil liberties lawyer, as well as an author and teacher, and is the founding director of the Free Expression Policy Project.

The award honors people who have enhanced and contributed to the effort to protect First Amendment rights for individuals in the fields of journalism, government, book publishing, and education. The awards ceremony will take place on May 22 at the Playboy Mansion in Los Angeles.

Under the agreement, Bookmasters will distribute TGS International’s high-demand titles to major U.S. booksellers, including Amazon.com, Barnes & Noble, and Books-A-Million, as well as independent bookstores nationwide.