The third annual St. Jordi’s Day celebration at Cellar Door Books in Riverside, California, on Sunday, April 23, will be a day of roses, romance, and books. The Spanish holiday celebrating the Catalonia region’s patron saint encourages people to exchange a book and a rose with a loved one. 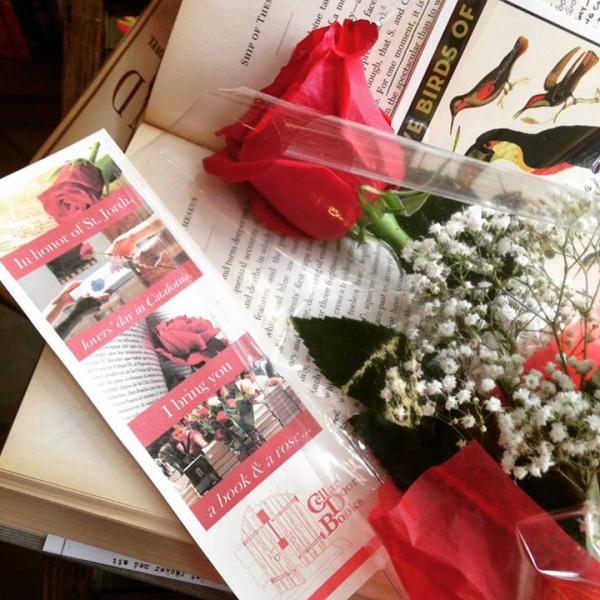 “St. Jordi’s Day is celebrated primarily in Barcelona and is sort of like Valentine’s Day for book lovers,” said Cellar Door owner Linda Sherman-Nurick. Catalonia’s celebration of Saint George, who famously slew a mighty dragon to save a princess, has involved giving away roses as a symbol of love since the 15th century, but grew to incorporate books later on, she said.

In 1926, Spain declared April 23 as Book Day in honor of the anniversary of the 1616 death of Spain’s most famous writer, Miguel de Cervantes, author of Don Quixote. April 23 also coincides with England’s commemoration of the death of William Shakespeare, also in 1616. Later, in 1995, UNESCO, the United Nations Educational Scientific and Cultural Organization, declared April 23 as World Book and Copyright Day, further cementing the day’s literary connection; the date also marks World Book Night, a celebration of reading and books launched in the U.K. in 2011, which was also celebrated in the U.S. for three years, starting in 2012. 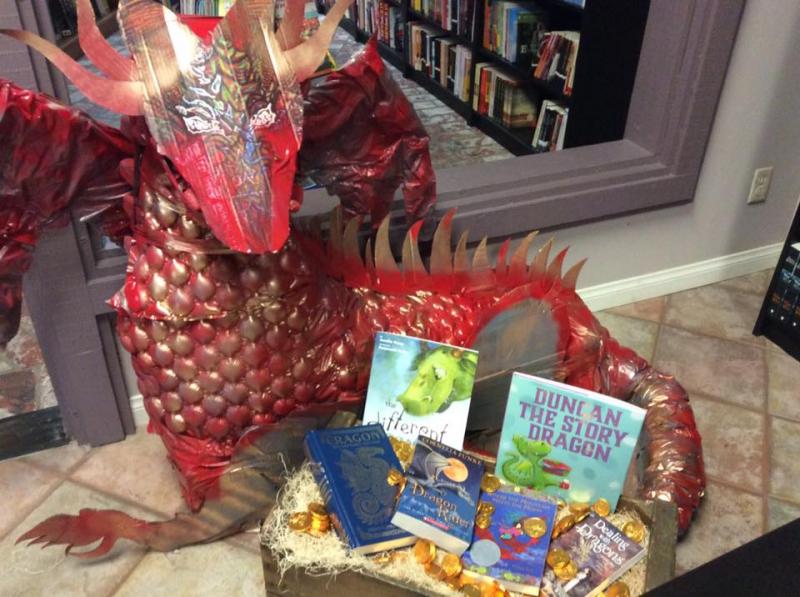 A display of books related to St. George and the Dragon at Cellar Door Books for St. Jordi's Day.

Today, St. Jordi’s Day is most widely celebrated in Barcelona; the city’s Generalitat in Plaça de Sant Jaume is open to the public, and booksellers sell their books throughout the central square, with couples, family members, friends, and lovers encouraged to buy one another a rose and a book.

“We’ve already had a couple of customers who have come in looking for a book for their lover for St. Jordi’s Day,” said Sherman-Nurick. “Once again, one of our customers is making paella, and this year, the store will have a Shakespeare company, the Homespun Players, come and perform scenes from Hamlet in the bookstore and outside, in front of the store. People will be reading sonnets, and we’ll also have a Don Quixote scavenger hunt for the kids.” 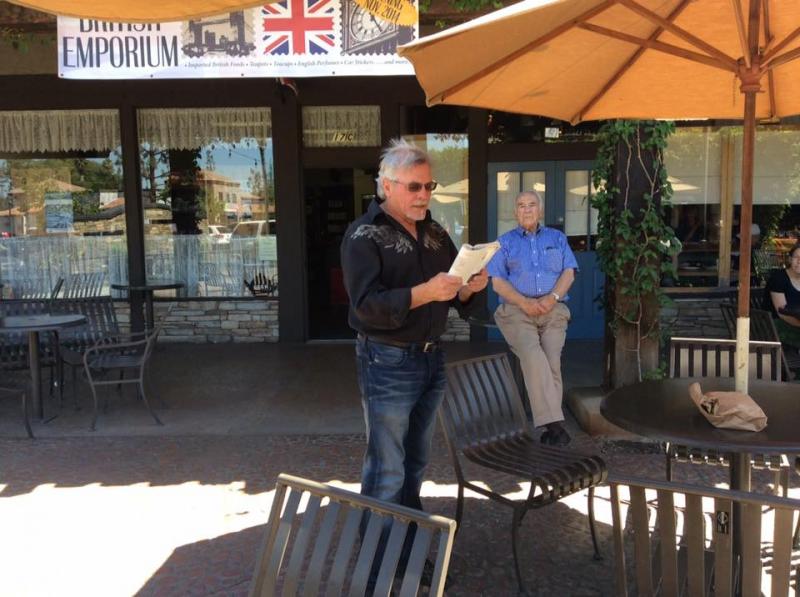 As it has for the last three years, Cellar Door Books will partner with a neighboring florist in the Canyon Crest Town Center to supply the roses and will display a selection of books out on the street, including titles by Cervantes, Shakespeare, and others.

“We just put our favorite books out. For me, the way I talk about it is if somebody buys you a book that shows that they know you, that is the most romantic thing, because it’s not easy,” said Sherman-Nurick. “We’ve gotten really positive feedback from people about how much they love it. It’s the combination of books and roses; what’s better than getting a book for Valentine’s Day?”