Cellar Door Opens With Well-Developed Plan to Serve the Community 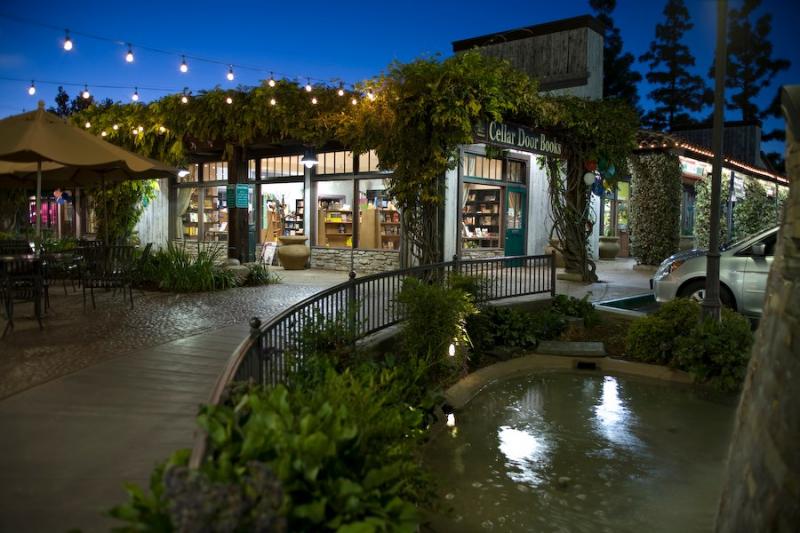 Before opening Cellar Door, Nurick researched successful bookstores and read Paz & Associates’ Opening a Bookstore: The Essential Guide “cover to cover,” she said. Nurick joined the American Booksellers Association and read whatever else she could about developments in the world of bookselling. “I knew my city needed an independent bookstore, and I saw that this was happening nationwide,” she said. “People were starting to regret, perhaps, the demise of the indie bookstore.”

On the flipside, Nurick also learned what she could about unsuccessful bookstores. She saw what happened to Borders in her own town, and began researching why. “And it made sense to me,” she said. “[Borders] didn’t give people that sense of community.”

Nurick knows how important bookstores are for children, and practically raised her own kids in the city’s Imagine That, Children’s Bookstore, which closed four years ago. For the past several years, she said, the city has been without a general indie bookstore, and, as home to the University of California, Riverside, where 30,000 students matriculate, “it just didn’t seem right.”

Furthermore, from her 30 years of experience as a writing professor at Riverside Community College, Nurick noticed a disconcerting trend among young adults: many of them didn’t grow up reading books for fun, so “they hadn’t learned to love them,” she said.

“That’s where we come in,” she added. “As independent booksellers, we teach people to love books.”

Nurick has been working with the university, which she said has been incredibly supportive of her plans. Though there is a bookstore on campus, it carries little else than textbooks. “Something I found abhorrent,” said Nurick, “is that the textbook store doesn’t sell books that UC professors have written.” To that end, Nurick is looking forward to selling local professors’ titles and the professors in turn are working with her to schedule book talks and readings at the store.

Drawing on her past experience, Nurick plans to hold a variety of writing workshops in the store, and though she expects to see many college-age customers, she hopes to engage the community’s seniors as well. Early next year, Cellar Door will be holding a memoir workshop targeted towards older people. Nurick’s mother has beginning symptoms of Alzheimer’s disease and her neurologist recommended writing from memory, as it would help exercise different parts of the brain.

“I thought that would be a great thing to do in the bookstore,” said Nurick, who plans to combine the stories into a book that each participant can give to their families.

Also launching in January will be the store’s first book club, a Twenty-Somethings club, and this month Cellar Door launched a Frequent Buyers club that gives customers who purchase 10 books a $10 credit toward their next purchase.

To make sure Cellar Door succeeds in meeting the needs of community members, Nurick has been asking customers about the books they want to read, books they have read and liked, or simply what they want to see in the store. Instead of placing a large order with a distributor, Nurick hand-picked each title that her store carries.

“I’m listening to the customers that are walking in the door,” she said. “I think that our customer base is thoughtful, intelligent, and wants to be challenged. And of course, there are some people that want to read something fun and light. I’m playing it as I go, and it seems to be working. People are coming in liking what they see.”