Children's Booksellers to Celebrate Books, Authors, and Anniversaries at BEA

Strains of "At the Copa" may be heard as children's booksellers make their way to BookExpo America 2005 at the Jacob Javits Convention Center during the first week in June. Educational programming for children's booksellers is scheduled for Thursday, June 2, and the day concludes with a dinner and auction at Manhattan's legendary Copacabana to celebrate the 20th anniversary of the Association of Booksellers for Children (ABC). On Friday, June 3, the trade show's opening day, some of the biggest names in children's books will speak at the Children's Book and Author Breakfast.

BEA Children's Programming will begin with the ABC Annual Meeting (noon - 12:30 p.m. in Room 1E 9-10), open to all BEA attendees. Membership in ABC is not required for attendance. Immediately following will be the 20th Anniversary Celebration Lunch with guest speaker, author and illustrator Alexandra Day. Day is also celebrating a 20th anniversary -- 20 years since the publication of the first of her popular books starring Carl the Rottweiler, Good Dog Carl (FSG). Carl will also be in attendance, but there are no guarantees that he will speak. Also on the agenda are the 2005 winners of the Lucile Micheels Pannell award, who will give presentations about their award-winning store programs. Boxed lunches can be ordered by members through the ABC national office.

Afternoon sessions, beginning at 2:00 p.m., are sponsored by the Children's Booksellers and Publishers Committee -- a cooperative committee of ABC, ABA, and the Children's Book Council (CBC). These sessions are part of ABA's Day of Education and are open to all BEA attendees.

At 5:00 p.m. the Association of Booksellers for Children 20th Anniversary Gala Celebration will begin at the Copacabana, 560 West 34th Street, only one-half block from the Javits Convention Center.

The Secret Garden Silent Auction of items donated by children's illustrators and authors will be displayed before the dinner for bidding. Admission to the auction is open only to ticket holders. Pick-up and payment for the auction items will be between 9:30 p.m. and 10:30 p.m. 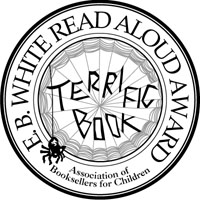 Following dinner will be the presentation of the E.B. White Read Aloud Award to both the 2004 and 2005 winners. The 2004 winner is Judy Schachner for Skippyjon Jones (Dutton). The 2005 winner will be announced on April 1.

Newbery and Caldecott award-winning authors Kate DiCamillo and Kevin Henkes are the evening's featured speakers. DiCamillo, winner of the 2004 Newbery Medal for The Tale of Despereaux and 2001 Newbery honoree for Because of Winn Dixie, will publish Mercy Watson to the Rescue, illustrated by Chris Van Dusen (Candlewick) in 2005. Henkes, winner of the 2005 Caldecott Medal for Kitten's First Full Moon, 2004 Newbery honoree for Olive's Ocean, and 1994 Caldecott honoree for Owen, will publish So Happy, illustrated by Anita Lobel (Greenwillow) in 2005.

On Friday, June 3, the Children's Book and Author Breakfast will be held from 8:00 a.m. - 9:30 p.m. in the convention center's Special Events Hall. Presented in cooperation with the Children's Booksellers and Publishers Committee, the breakfast will feature Daniel Handler, legal, literary, and social representative of Lemony Snicket, author of A Series of Unfortunate Events (HarperCollins Children's Books); Alice Provensen, illustrator of Klondike Gold (S&S Books for Young Readers); and Pam Munoz Ryan, author of Nacho and Lolita (Scholastic). Grammy Award-winner Jim Dale, known for his work on the Harry Potter audiobook series and Around the World in 80 Days (Listening Library) will be master of ceremonies.

Anne Irish, executive director of ABC, told BTW that the organization's 20th anniversary year celebrations will make this BEA outstanding and exciting. "This is a big deal for us; many of our founding members are still around. Children's bookselling has changed a lot over 20 years," said Irish, who pointed out some of the adjustments made to convention programming to make it as complete and user-friendly for children's booksellers as possible. This year, rather than having a hospitality suite far from most of the show action, ABC will occupy a corner space in the ABA lounge, where it will provide information and an area to sit and network with other members. ABC and CBC have coordinated activities and will have adjoining booths on the show floor and alternating times for each organization's two signings. Posters from the past "20 Minutes a Day" campaigns, sample copies of The Best Books for Children catalog, and bookmarks with read-aloud tips will be available.