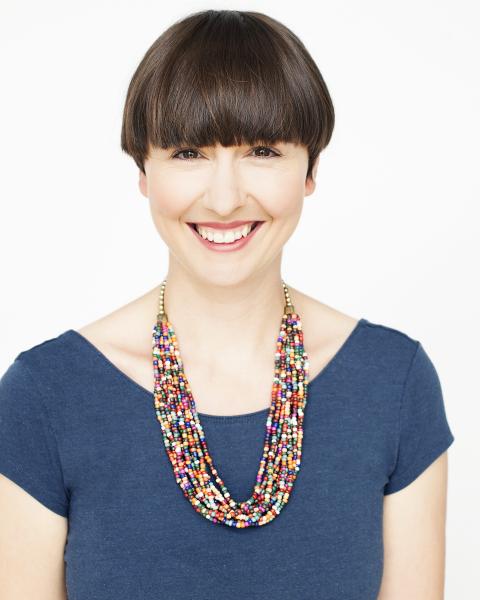 Catherine Leroux is the author of The Party Wall (Biblioasis), a Summer/Fall 2016 Indies Introduce debut novel.

“The Party Wall follows four families that interconnect in surprising ways. Each family faces questions of identity and connection, of love and loneliness,” said Valerie Welbourn of Novels & Novelties Bookstore in Hendersonville, North Carolina. “So intricate, multilayered, and delving, this is the best book I’ve read in a long time.”

Leroux, who was born in the suburbs of Montreal, became a journalist after holding various other jobs. Her first novel, La marche en forêt, was published in 2011 by Éditions Alto; The Party Wall is Leroux’s first novel published in the U.S.

Welbourn, who served on the Indies Introduce Adult selection committee, recently had the opportunity to discuss The Party Wall with Leroux. 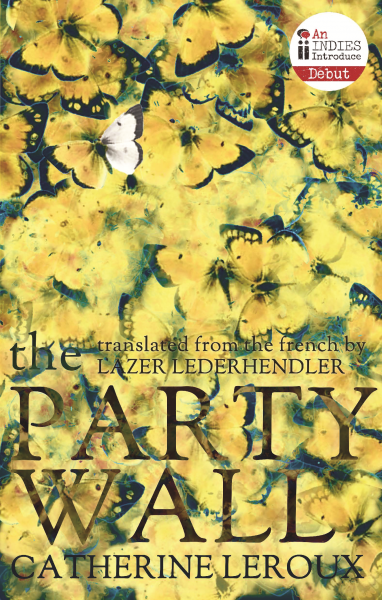 Valerie Welbourn: In The Party Wall, there are many stories, characters, and layers that eventually connect. Was it difficult keeping so many threads going in your head?

Catherine Leroux: It would have been impossible to manage in my head. I created different tools to help me keep track — timelines, character summaries, a diamond-shaped graph, and esoteric calculations involving ages, specific dates, world events, and the future. And I’m terrible at math.

VW: In the back of your novel you mention some of the newspaper articles that inspired parts of this book. When and how did all the pieces come together for you?

CL: They came together during a very mundane conversation I was having with my partner. It was about some renovations we had to undertake, and the expression “mur mitoyen” (common wall, party wall) came up. That’s what put all the pieces together. All these stories were about family bonds, siblingship. The idea of a wall that divides at the same time as it unites is what drove the writing of the entire novel.

VW: What is your next writing project?

VW: Who are some of the authors that you admire?

CL: I’ve always been a big fan of magical realism — Gabriel García Márquez, Isabel Allende, Toni Morrison. I started reading them as a teenager, and their works opened the realm of possibilities for me as a writer. I also love many Quebec writers: Réjean Ducharme, Hubert Aquin, Élise Turcotte, Samuel Archibald, Neil Smith, Dominique Fortier, Sean Michaels, Naomi Fontaine, Alexandre McCabe, Daniel Grenier. And I’m about to translate a beautiful book by Mark Frutkin, whose writing I admire very much.

VW: Finally, and perhaps most importantly, what is your favorite dessert?

CL: Anything chocolaty and flourless. Extra points if it has marzipan.