Dana Czapnik is the author of The Falconer (Atria), a Winter/Spring 2019 Indies Introduce selection and a February 2019 Indie Next List pick. 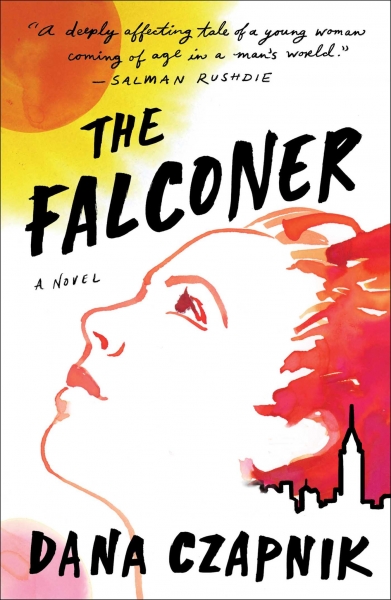 Czapnik, who earned her MFA from Hunter College, is a native New Yorker who lives in Manhattan. She has been awarded a number of writing fellowships, including an Emerging Writers Fellowship from the Center for Fiction in 2017, and a NYSCA/NYFA Artist Fellowship in Fiction from the New York Foundation for the Arts in 2018. She built a career as an editorial sports writer and has worked for ESPN the Magazine, the United States Tennis Association, and the Arena Football League.

Sarah Bagby, owner of Watermark Books & Café in Wichita, Kansas, chaired the adult Indies Introduce panel that selected Czapnik’s debut. She said, “The Falconer is a wise and beguiling novel about coming of age in the 1990s. Each page holds insight into what it feels like to be a young woman in her final year of high school, struggling to navigate her future world. Even with so many options, the array of mixed messages defining what women should be adds to the confusion of a transitional year. Lucy ‘Loose’ Adler is at once steely and vulnerable, but always thoughtful. This heroine will not be forgotten! I can’t wait to read what Czapnik does next.”

Recently, Bagby introduced Czapnik during the Indies Introduce presentation at the 2019 Winter Institute in Albuquerque, and here they discuss the author’s writing career, as well as the importance of setting and time period to this book.

Sarah Bagby: Let’s start at the beginning: Tell us about the title. 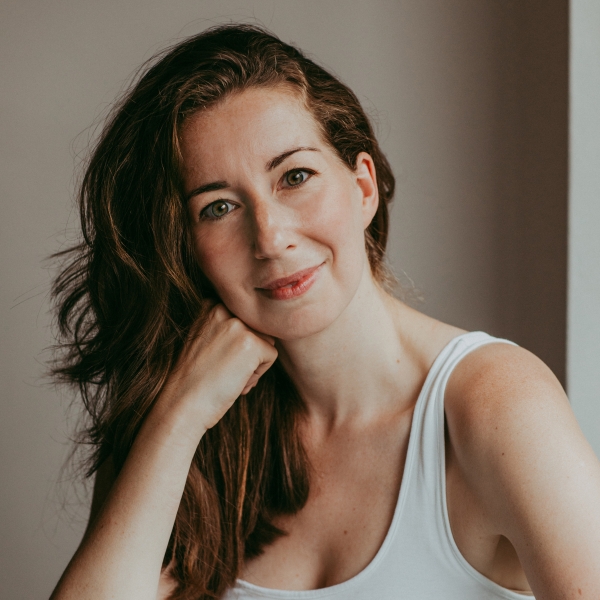 Dana Czapnik: I actually had a really tough time titling this book. Before being named The Falconer, it had two other working titles, neither of which were particularly eye-catching. Before my agent and I took it out on submission, I re-read it and decided it had to be called The Falconer, which is the name of a statue in Central Park that Lucy notices. I’d resisted the title for a while because of Cheever’s novel Falconer, even though it is tonally and thematically so different from mine, but in the end I just thought it fit so well. It had to stay. I’d love to explain why the book is called The Falconer, but I fear explaining it might take some of the experience of discovery away from some readers.

SB: This is a debut novel, but you have built a career in writing. What did you write before, and how did that experience inform your novel?

DC: My career before writing this novel was actually kind of wacky. I was a freelance fact-checker, researcher, and journalist in my early twenties. I covered everything — from high school girls’ field hockey to Nascar to wakeboarding to women’s college basketball to U.S. Open tennis. I also spent a few years as a full-time financial reporter so I could afford to buy food since Dickens made more per word than freelance journalists do… or at least his cost of living was lower. And then I fell backward into a career on the PR and marketing side of sports when I took a job as the media relations director for the New York Titans, an indoor pro men’s lacrosse team that played for a couple years at Madison Square Garden. That led to jobs at the Arena Football League and then with the USTA. All of my positions were content-based, so I wrote a ton of copy for all of the affiliated websites for these organizations.

I wrote some athlete profiles and long-form pieces, but most of the work I did on the reporting side was match summaries and game reports. Sports is a visual and emotional experience live, so when you’re reporting on it, you have to use language that can accurately capture the experience for the reader. Your responsibility is to tell a good story, even in 400 words. The lesson of that — translating action to the page — I’m sure helped me out while working on the basketball scenes in this novel. But I also really enjoyed the freedom writing fiction gave me. I could spend as much time as I wanted lingering on a moment — the purpose of a novel is not the same as a game summary.

SB: Why did you set this book when you did?

DC: I set this book in the early ʼ90s because I was interested in writing about the micro-generation that came of age in the last moments of the pre-internet world, before mass shootings, before 9/11. The ʼ90s were not an innocent time at all, only in comparison does it appear that way, but even then, the world felt like it was spinning out. All of the kids in this novel are children of Boomers, they’ve grown up in the shadow of boomer culture with their music, their art, and their books, as well as with the glorification of their ʼ60s activism, and have begun to feel resentful and skeptical of their parents’ generation’s contributions.

The other reason I wanted to set the book in the early ʼ90s was because of where feminism was at that moment. There were two competing factions — one half was the ultra-militant anti-pornography feminists and the other half were the sex-positive, body-positive feminists who didn’t believe prostitution or pornography were inherently subjugating. It was also a time when women were told that if they didn’t get married by the time they were 30, they’d have a better chance of being killed by a terrorist than ever finding love. And in sports, Lucy and her cohort were growing up alongside the landmark legislation of Title IX, but there wasn’t yet a WNBA, still the only pro sports league for women in the U.S.

In many ways, the women of my and Lucy’s generation are the grand experiment of the feminist movement. We were the first generation to be born having access to birth control, safe abortions, college scholarships, the ability to have our own credit card and buy a house in our own name. The experiment obviously worked, though imperfectly (we could have hired an incredibly qualified woman to lead our country, but instead we hired the least qualified man), and there have been some confusing growing pains. My novel is concerned with the growing pain part.

SB: New York City is practically a character in the novel. Can you talk about that? Could this novel have been set anywhere else?

DC: One of the other reasons I set the book in the early ʼ90s was because that time represents to me the last moment of the old New York — the one that was gritty, full of artists and dreamers — and yet it was on the verge of transitioning to the New York of now. For all of New York’s life, it was the playground of the young and idealistic. In the mid-ʼ90s it turned into the playground of the wealthy and it has never recovered. I wanted to capture that last gasp of the New York that I knew and loved. Though I’d bet a similar novel could be set in San Francisco or any other city where the money has taken over, it’s only New York that I know by heart.

SB: What do you want us to know about being an ambitious young woman growing up in New York City?

DC: I guess that not everyone in New York is cool. Proximity to cool does not make you cool. My character is not cool and I was not cool and none of my friends were cool growing up. I now am friends with a handful of seriously cool people and even so, I remain uncool. You can actually be an awkward, unfashionable dork in New York who buys clothes off the rack and wouldn’t know how to put together a cool, unique outfit from a thrift shop if there were a gun to your head. There are lots of us.

Find out more about the author at danaczapnik.com.