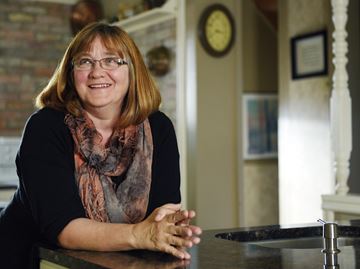 Heather Tucker is the author of The Clay Girl (ECW Press), a Summer/Fall 2016 Indies Introduce debut novel and an October Indie Next List pick.

“This is a beautifully written story of strength and resilience, leading to ultimate victory over seemingly impossible challenges,” said Joe Strebel of Anderson’s Bookshop in Naperville, Illinois. “Hariet/Ari/Arielle (known by various names to different people at different times) was born into an epically dysfunctional family. She must deal with an uncaring mother, a sexual predator father, and an abusive stepfather while being denied escape to a loving, supportive aunt. Despite these and other challenges, the girl not only survives but, with help from caring teachers, grows into a strong young woman who finds love and is able to nurture others as well as herself. This book, which is like no other in terms of character, voice, and plot, rewards the reader with a memorable heroine who triumphs over daunting odds.”

Strebel, who served on the Indies Introduce Adult debut committee, recently spoke with Tucker about her book. 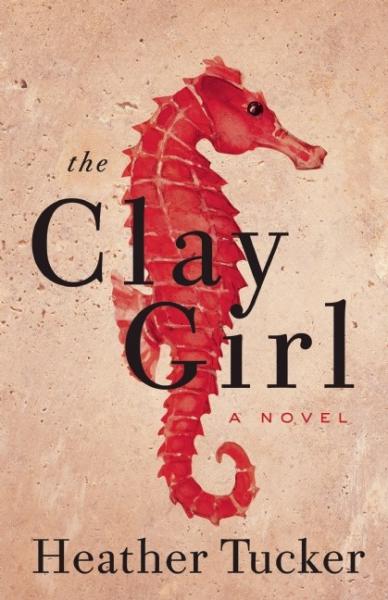 Joe Strebel: Ari Appleton is also known as Hariet and as Arielle. How are the various names reflective of how she views herself or of how others regard her?

Heather Tucker: A name is a weighty thing. The history of why or how our name was bestowed follows us our entire life. Hariet is not a pretty name, especially when it’s misspelled. It could be a proud name, if it belonged to a beloved relative, but this ‘Hariet’ was given out of spite. It signals that she is excluded from the poetically named ‘J’ Appletons. Finding ‘Ari,’ a lioneagle, inside was akin to finding buried treasure.

Ari grows fearlessly into her name, comes to believe that she is Ari Joy Zajac, not the one-r Hariet her mother produced. Though her mother is deaf to it, her champions hear Ari roar.

JS: Ari faces great challenges because of her incredibly dysfunctional family. What accounts for her resilience?

HT: For Ari, three distinct elements weave together to build resiliency: her internal voice, a community of caring people, and the creative outlets she finds. Ari has a spectacular imagination, where wonder, more than fear, fuels fantasy. Her bright little mind spins possibilities, conjures up safe places, consults a steadfast confidant, and goes on treasure hunts.

A host of everyday heroes counterbalance the craziness in her world: a teacher telling her she’s of more worth than trouble; an aunt showing her she’s clay, not dirt; a train conductor tucking a sandwich in her carryall and promising there’s good ahead. And all the energy, from both the horrors and hallelujahs, is transferred into creating something dynamic, meaningful, and beautiful.

JS: Why did you choose Jasper, a seahorse, as Ari’s imaginary friend?

HT: Jasper was more of a discovery than a choice. He was tucked inside Hariet’s pocket when I met her. As the story unfolded, the seahorse made perfect sense because of the astonishing balance of its off-kilter shape. Parallels could be drawn. Ari’s internal spaces, like a seahorse’s, give balance and buoyancy. In rough water their tails grasp a bit of seaweed and hang on. But, really, it’s more that they are unique, whimsical, and colorful… what better companion for Ari?

JS: Your career includes nursing, counseling, and teaching. How do these experiences feed into The Clay Girl narrative?

HT: A debut novel in my 60s may seem a little late to the party, but I had 50 years of research to conduct before I was ready to start writing fiction. My eclectic experiences are laced throughout The Clay Girl. I know firsthand that people can drown in grief, pain, addictions, and loss… and too often children are swept away by the force of it. That being said, what fed the narrative most were the countless heroes I’ve met in my career, both in the families facing overwhelming challenges and in the communities that help.

The Clay Girl is woven with observations gathered over my life and career: Life is both hard and glorious. Creativity and meaningful work make us buoyant. There is a Jasper in everyone. What we imagine we are likely to become. A little humor keeps us afloat. And, most importantly, the extraordinary power of one — a teacher, a friend, a relative — to reach out and pull a child to safety.

JS: Does the book’s title suggest Ari is molded by various forces — by good and evil?

HT: It does exactly that. A lump of clay is not going to become a graceful pot without being unearthed from its environment, cut, pounded, spun, watered, sculpted, glazed, fired...

Some aspects of the process are fun and gentle, others brutal and harsh. Like life. And like life, it’s often surviving, overcoming, and growing through seemingly impossible difficulties that bring out the most extraordinary strengths in us.

JS: The book’s final pages include references to both positive and negative future possibilities for Ari. Are you thinking about a sequel?

HT: The Clay Girl began as a short story, “On the Way to Sydney I Met a Walrus.” A judge in a contest made the remark, “I want to know where this little girl came from and where she is going.” For a long time I sat on an imagined train and watched her. I knew Hariet Appleton was going to take me on a hell of a journey, but her optimism was so alluring I had to follow.

When I read a novel, I love stories that end leaving me wondering, creating ongoing worlds in my head. It keeps the adventure alive for me. As a writer, though, I’m curious — downright nosy — with my characters. So, yes, I stayed on the train with Ari, got off in Toronto, discovered that more mischief and mayhem were afoot and wrote [the sequel] Cracked Pots.

Learn more about the author at www.heathertucker.ca or by following her on Facebook.