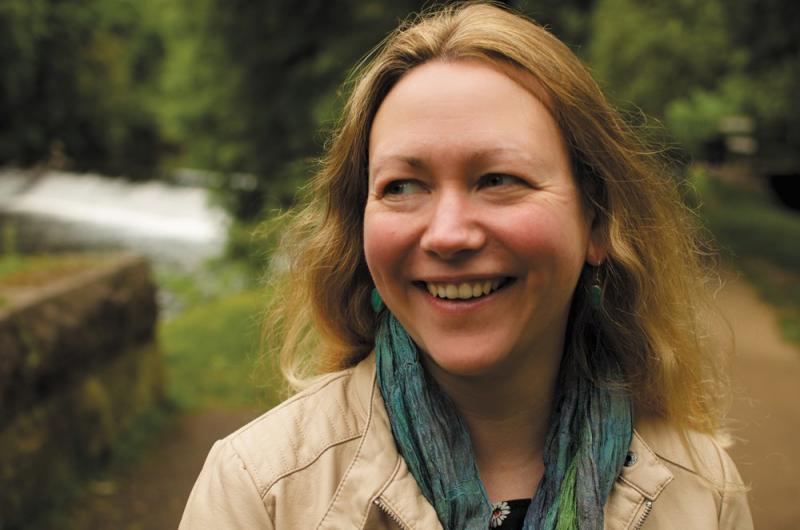 Helen Sedgwick is the author of the Summer/Fall 2016 Indies Introduce debut The Comet Seekers (Harper).

In The Comet Seekers, Róisín, an Irish astronomer, meets François, a French chef from the Bayeux region, at a research station in Antarctica, where a science team is observing a fracturing comet.

Joe Strebel of Anderson’s Bookshops in Naperville, Illinois, said Sedgwick’s debut “is a moving novel that establishes its unique tone and lyrical beauty from the opening sentence and sustains that level through a multi-generational story showing the tension of loyalty to family and home against the lure and opportunities of the outside world.”

Sedgwick grew up in London and now lives in the Scottish Highlands with her partner, photographer Michael Gallacher. She is a writer, editor, and former research physicist and the recipient of the 2012 Scottish Book Trust New Writers Award.

Strebel, who served on the Indies Introduce adult debut selection committee, had the opportunity to discuss The Comet Seekers with the author. 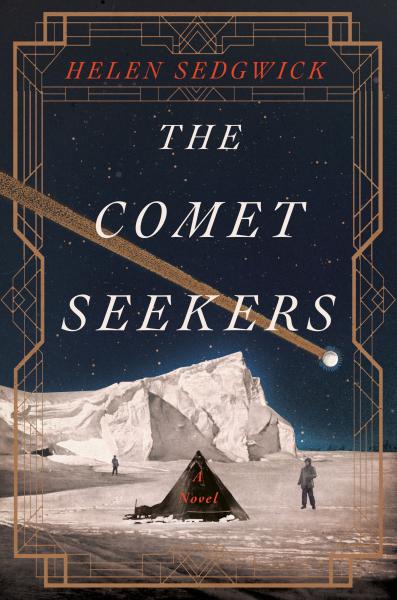 Joe Strebel: François’ mother, Severine, sees and speaks to her ancestors. Are the ghosts to be taken as real, or do they represent some familial or genetic memory? Or is Severine mad?

Helen Sedgwick: I love the ambiguity surrounding the ghosts because I want readers to have the chance to decide for themselves whether they’re real or not. It was important to me that the book could work on multiple levels in that respect — so they can be as real as you want them to be. For me, the ghosts are not real in the physical sense but they are very real to Severine, and there are several ways to interpret what she sees. The ghosts could be some form of hallucination, perhaps a symptom of a hereditary mental illness. They could be a kind of genetic memory or a representation of her family history. They could be a side effect of her physical illness. Or, my personal favorite, they could be a product of her imagination. Our imaginations give us a way of coping with loss and loneliness, I think, and perhaps that’s what Severine is doing. But it also seems to me that we’re all haunted in some way, and the ghosts represent that sense of the past being a part of who we are, whether we choose to engage with it or not.

JS: Comets serve as a unifying element in the book and also energize the ghosts. Why did you choose comets for this role?

HS: Comets get to travel out to the farthest reaches of the solar system, and yet it is the gravitational pull of the sun that makes their orbits possible and inevitably brings them close to us again. After each visit, they might only return hundreds or thousands of years later, and that gave me a way to connect characters living centuries or millennia apart. In 1986, just like in 1456 and 1066, people could look up and see Halley’s Comet overhead, and it was the same comet they were looking at as their ancestors would have seen. I think that’s amazing. So in the novel the return of the comets provides a connection through the centuries. The shape of their orbits reflects both the structure of the novel and the characters’ journeys. But comets also get to see a lot more than the Earth, and I wanted to give the ghosts some of that freedom. The ghosts (like many of the characters in the book) are bound to their home just as comets are bound to the sun, but they also get to speed through the sky and discover what lies beyond the known solar system. I wanted them to have that. Perhaps I want it for myself, too!

JS: Is astronomy — comets in particular — one of your interests?

HS: I’ve always been fascinated by astronomy. I can remember looking up at the stars when I was young, not only finding the night sky beautiful but also wanting to understand what was out there and why it behaved the way it did. There is so much we don’t know about the universe and so much for us still to discover — I find that exciting. But I chose a different subject for my scientific career, working in soft condensed matter physics and then bioengineering for cancer research. Astronomy will always be a love of mine, though, and I think it will always be a subject I love to write about. I find it so inspiring to imagine all the possibilities out there, in the universe.

JS: Why did you choose to include the Bayeux Tapestry in the novel?

HS: I wanted the novel to combine my interest in astrophysics with my interest in history, and the Bayeux Tapestry gave me a way to do that. It’s from a different time, it has lasted a thousand years, and it gives us a glimpse of a different way of life, but it also features strikingly beautiful embroidery of Halley’s Comet. There is a group of soldiers pointing up at the comet in awe, and to me their reaction is the same as people have had through the centuries. As I started researching the Bayeux Tapestry, I discovered [the figure] Ælfgyva and became fascinated with the mystery of who she might have been. I realized I wanted to write her story, the personal story behind the embroidery that history hasn’t written.

JS: Róisín is torn between staying with her cousin/lover, Liam, and pursuing her career. François also faces the conflict of staying close to Severine and traveling the world. The tension between the pulls of home and the outside world seems to be a prominent theme, as is the weight of ancestral history. Are these the main thrusts of the novel?

HS: One of the main themes is the conflict between wanting to belong and wanting to be free, which for different characters appears as the opposing pulls of closeness and distance, or family versus independence. It’s about the present as a product of the past, and how what has come before shapes us in ways we might not understand. But it is also a book about choice. Many of the characters have to choose what to believe in: Róisín chooses science and adventure, Severine chooses ghosts and imagination, Liam chooses Róisín and the reality of his farm. But their choices beg questions about how we interpret reality. Severine’s ghosts might not be real, but through them she finds more happiness than Liam ever can with his realism. And what happens if we feel we have no choice? Are we powerless? Róisín loves the idea of a comet splitting apart because even though it’s been following the same path for thousands of years, unexpected things can still happen. I was once asked if this was a book about destiny, and my answer was that it is completely the opposite. It’s a book about how things can change if we choose to change them.