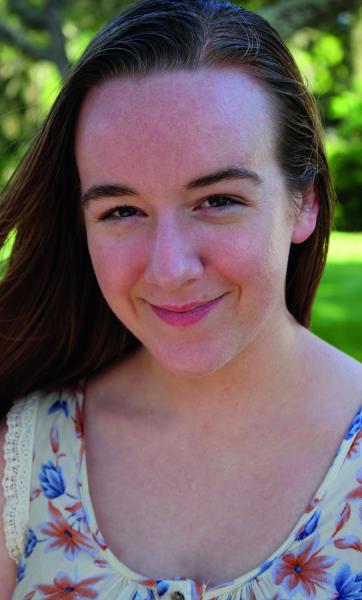 Kate Beasley is the author of Gertie’s Leap to Greatness (Farrar, Straus and Giroux Books for Young Readers), a Summer/Fall 2016 Indies Introduce debut for middle-grade readers and an Autumn Kids’ Indie Next List pick.

“Gertie is in fifth grade and believes that the only way to get her mother back is to prove to her that she is the greatest fifth-grader there ever was. Gertie has all kinds of plans and schemes to make this happen, but a new girl, Mary Sue, has other plans,” said Kathy Taber of Kids Ink Children’s Bookstore in Indianapolis. “When she gets the lead in the play, she is convinced that her mother will come back to her when she realizes just how talented and special she is.”

Beasley holds a masters degree in writing for children and young adults from the Vermont College of Fine Arts. She lives with her family — and a herd of pets — in Georgia.

Taber, who served on the Indies Introduce kids’ debut selection committee, recently spoke with Beasley about her novel. 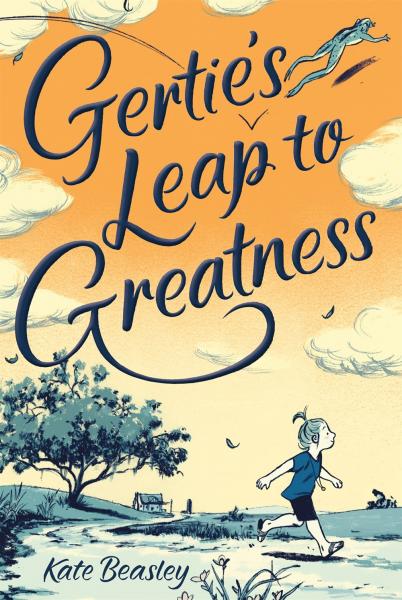 Kathy Taber: I love the main character, Gertie, and how strong she is. Is this character patterned after yourself or someone you know?

Kate Beasley: Thank you! There isn’t a real-life inspiration for Gertie. I think she’s the girl I wish I had been. When I was Gertie’s age, I was very timid and reluctant to take a chance. Gertie’s the complete opposite, and I admire her so much.

KT: What inspired you to write about a fifth-grade girl for your debut novel?

KT: A main character ordinarily achieves what they are after, but Gertie does not. Why did you decide on this course?

KB: When I was writing, my intention was to depict characters that were as realistic as possible. Gertie’s goal in this story is to earn her mother’s love. I think that’s a human desire. Who hasn’t wanted to win the love of another person? But from what I’ve seen, love can’t be won or earned. Someone either gives us their love or they don’t. Gertie’s mom decided that she wasn’t going to love her daughter, and no one can make her change her mind. Well … of course, as the author, I could’ve made Gertie’s mom have a change of heart. But I just don’t believe she would. It wouldn’t ring true for me.

I believe in the power of hard work and hope and good intentions, but I also know that sometimes hard work ends in failure. The most honest way I could tell this story was for Gertie to lose something.

KT: Your descriptions of how Gertie relates to her best friends, Jean and Junior, are so realistic and amusing. How important is humor in your writing?

KB: I love to read humor! I love to laugh. It was especially important to me to get some levity into this book. Gertie’s Leap to Greatness has a tough, sad situation (Gertie’s mom abandoning her) at its center. But I never wanted to write something that would make readers feel bad. I want readers to smile, so I tried to squeeze in as much funny as possible. To accomplish that, I just let Gertie be Gertie — in all of her illogical, self-centered, well-intentioned glory.

KT: Family plays such a prominent part in Gertie’s development. How did you decide on the roles of the various family members — her father, her mother, her aunt Rae?

KB: The roles developed naturally. Gertie’s independence and determination come, in part, from the fact that her mother left her. She’s had to compensate and overcome a lot. Gertie’s dad, Frank Foy, is shaped by the fact that the mother of his child left nine years ago and he still hasn’t gotten his feet back under him. He loves Gertie to pieces, but he’s never going to feel like he’s equal to the role of mother. Aunt Rae’s my favorite. She’s the perfect foil to Gertie. Gertie is given to melodrama and hyperbole. Aunt Rae tells it like it is, usually bursting Gertie’s bubble in the process.

Learn more about the author by following her on Twitter.