Megan Bannen is the author of The Bird and the Blade (June 5, Balzer + Bray), an Indies Introduce Summer/Fall 2018 young adult debut and a Summer 2018 Kids’ Indie Next List pick. 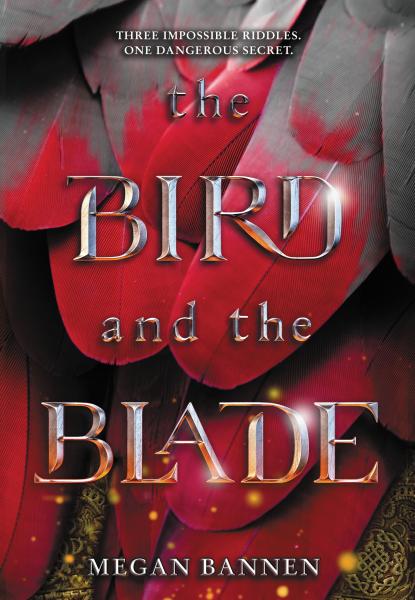 Louise Marshall of Rakestraw Books in Danville, California, who was a member of the Indies Introduce bookseller panel that selected Bannen’s debut for the program, called the book “intricately crafted, superbly written, and beautifully tragic.”

“The Bird and the Blade is a novel I will be talking about for ages,” said Marshall. “Megan Bannen, through skillful use of history, humor, and heartbreak, managed to leave me breathless and in love.”

Bannen is a librarian who lives in the Kansas City area with her husband and their two sons. Drawing from the operatic tradition of Puccini’s Turandot, Bannen imbues the story set in the Mongol Empire with rich characters, dramatic battles, searing immediacy, and tragic romance. Here, Marshall and Bannen discuss the author’s retelling of the famous opera as a YA novel. 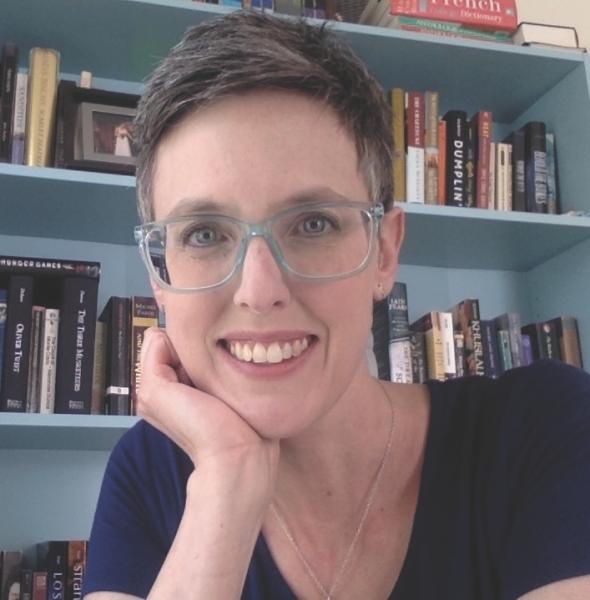 Louise Marshall: In your author’s note, you explain that The Bird and the Blade was inspired by the opera Turandot. What was it about the opera that drove you to write this novel?

Megan Bannen: It was the character Liú, the loyal slave girl. She’s a minor character in the opera, and yet she manages to steal the show and undermine the plot. Puccini deliberately wrote the principal characters — Calaf and Turandot — to be larger than life, unrealistic fairy tale characters who are made real and human by love. The problem is that Liú is real and human all along, so that by the time we reach the end of the opera, most of the audience is on Team Slave Girl. She’s the true hero of this story, and I wanted to give her the heroic journey she deserves. What was interesting was that, as I started to research the story, I discovered that the slave girl character has a much meatier backstory and more agency in other versions of the tale, and she’s not always one of the good guys. I found myself asking, “What if all of these things about this character were true? How would that affect the story?” Née Jinghua, the protagonist of The Bird and the Blade.

LM: How much research did you do in preparation for The Bird and the Blade and how much of it did you find yourself actually using?

MB: Sooooo much research. So. Much. Research. I think one of my critique partners was ready to set fire to my library card (which would have done her no good as I have the account number memorized by now). And yet, it never felt like enough. If anything, all that research only taught me exactly how much I don’t know. That said, there were a million bits and pieces of information I found fascinating but never used in the book, particularly in regards to Mongol women. Let me tell you, there were some fascinating, brilliant women who were very influential in the development and administration of the Mongol Empire, and it kills me that I couldn’t figure out a good way to shoehorn them into the story. Sorghaghtani and Manduhai were two I found particularly compelling.

LM: In the 10 years it took to fully develop your novel, were there any massive changes you found yourself making to the book? Did you know from the start what you wanted this tale to look like, or did you figure it out as you went?

MB: I had a very strong sense of the tone of the book from the beginning, and the basic spine of the story changed very little. That said, while I knew the story was going to be nonlinear, figuring out where the various scenes should go and when I should reveal certain pieces of information was challenging, to say the least. As a result, the order of events from draft to draft changed wildly until I finally figured out how all the pieces fit together. Also, the earliest drafts of this book were far more fantastical/magical than the final product, but I found that the story seemed to work best in a setting that felt real and gritty.

LM: What was your favorite part about writing The Bird and the Blade?

MB: I loved the editorial process. Kristin Daly Rens, my editor at HarperCollins/Balzer + Bray, really got me and what I was trying to do with this book, and every time I read her notes or we spoke on the phone, I found myself floating through the rest of my day, my mind brimming with ideas as to how I could make the book even better. I’m probably an unnaturally extroverted author, so being able to discuss revisions with a brilliant person like Kristin was incredibly helpful and made the process of revision a joy.

LM: If every reader could walk away from The Bird and the Blade having learned one thing, what would you like it to be?

MB: We talk a lot about “strong girls” and “kickass heroines” in YA books, but I’m here to tell you that all girls are strong, and a girl doesn’t need to kick literal ass to kick figurative ass. The female narrative tends to be defined by selflessness and personal sacrifice, characteristics that society often codes as “weak.” But as far as I’m concerned, that kind of heroism is the definition of true strength. Women are resilient precisely because we’re used to making the necessary sacrifices you have to make when the going gets tough. That’s why I hope readers view Jinghua’s actions in the book as brave and heroic.

Find out more about the author by following her on Twitter.