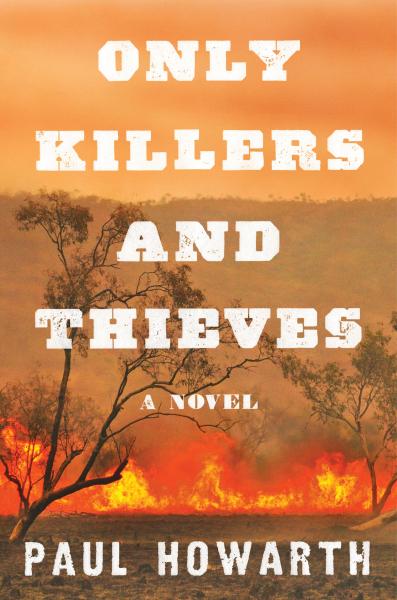 Paul Howarth is the author of Only Killers and Thieves, an Indies Introduce Winter/Spring 2018 selection and a February 2018 Indie Next List pick.

“Paul Howarth’s Only Killers and Thieves is a Western set in Australian colonial times,” said Alyson Turner of Source Booksellers in Detroit, Michigan, who was a member of the bookseller panel that chose Howarth’s debut for the Indies Introduce program. “It is a coming-of-age story that explores colonization in Australia and the impact of colonization on the native population whose land they are settling. The book is mix of horror, family, and empire.”

Howarth, who grew up in Great Britain, spent six years living in Australia before moving back to the U.K., where he earned his master’s degree from the University of East Anglia’s creative writing program. Here, Turner and Howarth discuss how the landscape and history of Australia inspired the author’s debut.

Alyson Turner: What kind of research did you do and how long did you spend researching before beginning the book? 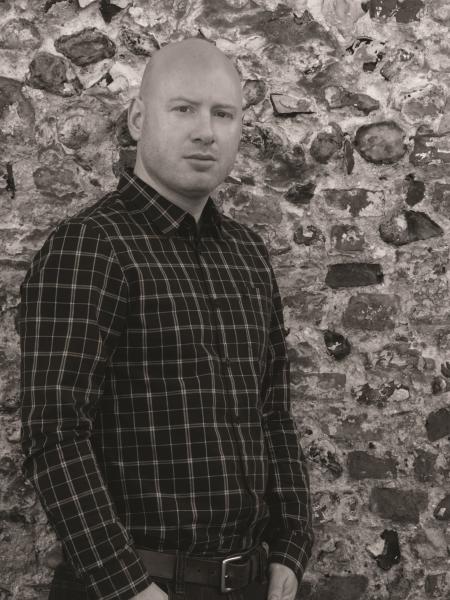 Paul Howarth: I came to the subject and setting for this book through my own reading of Australian history, having moved there from the U.K. in 2008. I was interested to learn about settlement, beyond the familiar story of it once having been a British penal colony, and soon realized that the history of Australia was as rich and bloody as those tales of the American West so familiar from fiction and film.

Which meant that by the time I came to write the first notes for what would eventually become Only Killers and Thieves, I already had a good grounding in the period as a whole, including the widespread conflict between British settlers and Indigenous Australians. I did need to do specific research into the Queensland Native Police, and was very grateful for one book in particular: The Secret War, by the historian Jonathan Richards (University of Queensland Press), a comprehensive study of all aspects of the force. Online resources were also very useful — for example, the National Library of Australia maintains a database of period newspapers and other publications.

In terms of setting, I have traveled fairly widely throughout Australia and seen firsthand some of the landscape I was writing about, and my own photographs or online images were a good memory jog when needed. I was also very careful to ensure the flora and fauna were both accurately depicted and relevant to where the book is set.

Smaller details I tended to research as I wrote. What did people wear in that place, in that time? What did they eat, smoke, drink? What weapons were in use? How did those weapons work, what was their range? All these little things needed to be accurate, and I made sure that they were.

Overall, it’s hard to say how long I researched the book. It was a cumulative process that lasted a number of years.

AT: Do you enjoy reading Westerns?

PH: To an extent, yes, though as always it depends on the individual book. For me, it’s more a question of theme, setting and sensibility than genre; I enjoy the intersection of landscape, history, and grand-scale storytelling you find from authors such as Cormac McCarthy, Philipp Meyer, etc. There is something about the elemental struggle of man vs. nature, good vs. evil, choice vs. fate that appeals to me, but those struggles can just as easily be found in a post-apocalyptic novel, science fiction, or a contemporary setting. Genre isn’t something I pay a lot of attention to, either in my reading or when I sit down to write.

AT: How did you select the names for your characters?

PH: Often purely on instinct. Sometimes I’ll just know the name, or follow my gut and take the first name that pops into my head, others I’ll trawl through a list of names on screen until I find something that works. Names change, too, particularly in the early stages — a character can develop to the point where the original name no longer fits. It really is a question of fit — sometimes the name will need to have a certain number of syllables, or sound: Locke, for example, needed a blunt, hard name. Noone was an important name to get right, and is not actually intended to be a pun or play on the word “no one,” as some may think. I remember seeing it somewhere and thinking how menacing it sounded, but without the ‘e’ it looked wrong on the page, hence “Noone.” The Aboriginal characters needed particular thought, because their names have in almost all cases been given to them by white people, which adds its own layer of significance. Hence, we have the traditional (Arthur), the biblical (Joseph, Benjamin, Matthew), and, in the case of the Native Police troopers, the careless or faintly absurd (Rabbit, Pope).

AT: America and Australia share the same history of being used by the British as homes for penal colonies. Do you think that made for a special kind of violence or unrest in colonial times?

PH: I’m not sure it’s particular to penal colonies — violence was a hallmark of colonialism in whatever guise it took — or in fact whether a penal colony breeds inherent violence at all, since people were transported for as little as stealing a loaf of bread. Perhaps it has more to do with the fact that penal colonies tended to be so far from Britain, and in places as vast and ungovernable as America and Australia, that there was a widespread lack of accountability, a sense that the rule of law no longer applied. Maybe among settlers there was also a certain anti-establishment mindset, a scrabble for advancement, as people tried to break free of their old lives and start again. And then, of course, there was the state-sponsored violence against indigenous people, which had nothing to do with the penal colonies at all.

AT: The book shines a light on family, empire, and manhood. Were you hoping your storytelling would make historical points as well?

PH: There are always points to be made in fiction, but good fiction shouldn’t be too overt about it in my view: that is best suited to essays, journalism, and narrative nonfiction. So my focus was always on the storytelling, on attempting to recreate a particular period in British and Australian history and populate it with characters who would draw the reader in and bring the history to life. If I could do that, then perhaps readers might learn something, find modern-day resonance, or make connections of their own, which I hope they do. Of course, I’m not immune to the subject matter of the book, and am naturally bringing a 21st century eye to the material, which inevitably influences the writing, the depiction of the history, the themes, etc. Ultimately, though, the novel should speak for itself.

Find out more about the author by following him on Twitter.