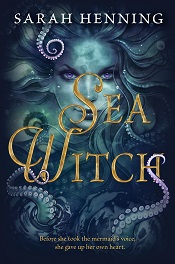 Sarah Henning is the debut author of Sea Witch (Katherine Tegen Books), a Summer/Fall 2018 Indies Introduce YA selection and a Summer 2018 Kids’ Indie Next List pick. Sea Witch is a retelling of The Little Mermaid from the perspective of the girl who would one day become the witch in the classic tale.

“The siren song of redemption is hard to resist for Evie, who has been ostracized by her fishing village following the drowning of her friend Anna. Not a noble and not trusted by the villagers, Evie has attempted small magics to help turn the meager catches of the village to plenty,” said Jessica Hahl of Country Bookshelf in Bozeman, Montana, who served on the panel that selected Henning’s debut for the Indies Introduce program.

“Evie is a creative, ingenious young woman who has carried a great deal of guilt not her own. Her sorrow, guilt, and desire are very intriguing, and one can see the vestiges of the strength and insight into the human (and not-so-human) heart that could make her a formidable antagonist in someone else’s story. I look forward to revisiting Evie and seeing what else rises from the depths,” added Hahl.

Henning, formerly a journalist for the Palm Beach Post, Kansas City Star, Associated Press, and other publications, lives in Lawrence, Kansas, with her family. Here, Hahl and Henning discuss the author’s inspiration and research for her debut novel.

Jessica Hahl: Sea Witch is a reimagining of Hans Christian Andersen’s The Little Mermaid. Why re-tell a fairytale? What drew you to this particular tale? 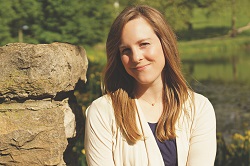 Sarah Henning: Like many little girls, I loved the Disney version of The Little Mermaid, but when I read the original as an adult, I found it fascinating because it was SO different from the story I thought I knew. I was suddenly very drawn to the witch, who is a more neutral character in the original tale. She’s a feared woman, yes, but she’s not necessarily a villain in the traditional sense. This mermaid comes to her, and the witch basically grills this love-struck girl on why she’d want to give up her family, friends, and possibly her life for a boy who doesn’t even know her name — but then the witch helps her anyway. I wanted to explore what kind of person would help that mermaid despite being wise to what was truly on the line.

JH: I really appreciated Evelyn’s quest for belonging and redemption and how you characterized her magical thinking. What drew you to Evie? How would your answer be different if you were a teen?

SH: Evie is definitely someone who just wants to fix things. She’s always trying to make it all better but she definitely feels behind before she can even start. Her talents in witchcraft have been repressed by the people who raised her because of a well-founded fear — she’d be banished if anyone knew. But because her drive to help is stronger sometimes than her own sense of self-preservation, she begins to secretly study and test her powers in private.

I am a natural people-pleaser like Evie and now that I’m an adult I realize that sometimes I get completely ridiculous in my own interpretation of other people’s expectations and what is really necessary. I think if I were reading Evie’s story as a teenager, I would identify with her greatly and completely understand why she would risk everything. But viewing what Evie does through the lens of adulthood, I think I understand what’s at stake a little bit more and want to warn her — even though I know that she won’t change. Guilt would eat at her if she didn’t try to improve things, even at great risk to herself.

JH: If you could give a piece of advice to any character in the book, what would that advice be? Do you think they would listen?

SH: How do I answer truthfully without being a total spoiler? This is really hard! How about something sort of obvious that deals with the two princes (and cousins) in the book, Nik and Iker?

So here’s my advice: Iker, you indeed believe in family over everything, which is endearing, but completely annoying to Nik — let the “kid” make his own decisions. Also, you should’ve paid more attention to your heart than your reputation much sooner, my friend.

JH: The historical Scandinavian setting was very evocative. What was your favorite research tidbit that didn’t make it into the book?

SH: Thank you! Setting this story against the background of real Danish history and its consequences was so much fun. I’m a former journalist, so research is something I particularly enjoy. I did quite a bit of reading about the Danish witch trials and King Christian IV — the witch-hunter king, and a relative of Nik and Iker in the book. I think the one tidbit that didn’t get in mostly because of the first-person context is the fact that Denmark and Norway (which were joined kingdoms during the “burning times”) burned more witches than anyone else in Scandinavia, in part because of King Christian’s personal obsession with witchcraft.

JH: Friendship is such a strong link in this book. Which character would’ve been your BFF when you were a teen?

SH: Oh, Nik. A hundred percent Nik. I’ve always been good friends with boys, and Nik’s relationship with Evie is very similar to ones I’ve had in my life. Well, I suppose those friendships didn’t have the added drama of secret witchcraft or noble blood, though I wouldn’t have turned either of those things down as a teen. 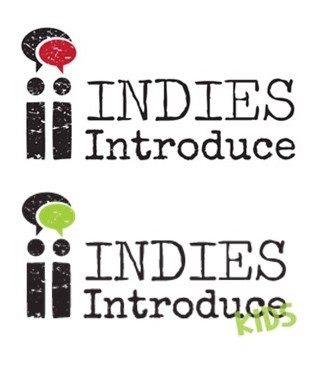 Find out more about the author at sarahhenningwrites.com.