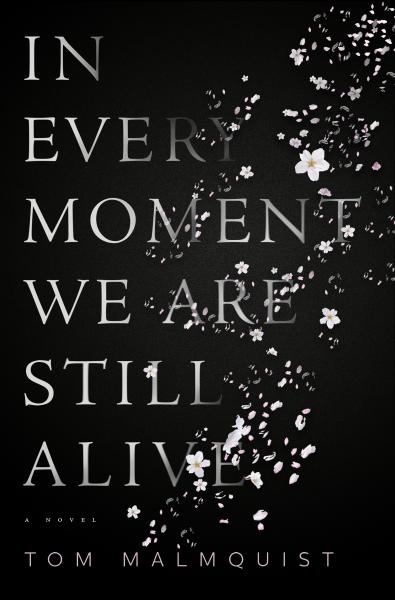 Tom Malmquist is the author of In Every Moment We Are Still Alive (Melville House), a Winter/Spring 2018 Indies Introduce selection and a February 2018 Indie Next List pick. Malmquist, a highly acclaimed Swedish poet, has been awarded several of Sweden’s most prestigious literary prizes for this debut, his first work of prose and first work to be translated into English.

“In this outstanding novel, we have been given a story of love, loss and grieving, but also the hope that arises from the beginning of a new life,” said Linda Bond of Auntie’s Bookstore in Spokane, Washington, who served on the bookseller panel that selected Malmquist’s book. “Tom’s girlfriend, Karin, is his soulmate. They are in love and about to start a family, but the birth of their daughter, Livia, reveals a terrible truth: Karin has leukemia. As Tom is left to mourn Karin’s death and raise their daughter on his own, he wavers between rage and depression and struggles with the challenges of his new life. This remarkable, partially biographical debut novel will make your heart ache with empathy, then send your spirit soaring with hope. It’s sad, funny, devastating, and encouraging, all in one package.”

Here, Malmquist and Bond discuss the fine line between memoir and fiction as well as the author’s life during and after writing his debut.

Linda Bond: How much of your book is drawn from your own experience? What factors influenced your decision to fictionalize the story rather than write it as a memoir? 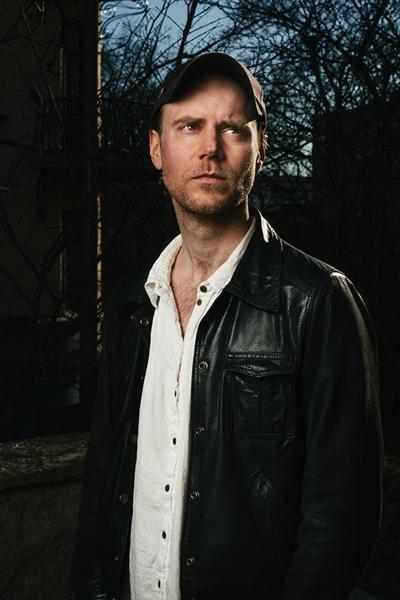 Tom Malmquist: What is a memoir? Every book, even autobiographical books, are fiction in some way. You can’t write the truth about yourself in a memoir. You come closer to your own truth if you write in fiction. While every detail in this book is based on my life, that makes it true for me. But it’s important to talk about fiction. I mean, Livia is the name of my daughter, and her name in my book. But if you ask my mother about the truth of what happened, it’s a different story.

The most important thing for me is to touch the reader. In some ways I had to turn down the volume in some situations because otherwise it would seem like too much. And sometimes I had to turn it up. It’s all about a portrayal of what happened, so I can tell you what I felt to lose someone I love and become a father.

LB: The narrator reports having made ongoing notes about what was happening at the hospital so he could keep track of events and decisions being made. Did this actually happen? How influential were these notes in enabling you to build such a realistic picture for the reader?

TM: As I wrote I didn’t censor myself; it was important to me to write as honestly as possible. I let everyone involved read the manuscript before the book was published. I was clear that this was my version of what had happened, which I took largely from my notes.

Psychologically speaking, the details became important to me at the hospital and when I came home from the hospital; they became like linchpins, the things that kept me together. I transcribed (incorporated) this into the book. The details became the linchpins of the novel. What kept the book together. But all the details were also representations of life — its diversity. They became the opposite of death — death as in complete emptiness.

LB: In your narrative, Karin has asked that her parents not be allowed in her room nor included in decision-making, although her reasons are not fully explained. Why was this included in the story and yet left open-ended for the reader?

TM: Everything in the novel is a conscious choice by me as the author. I’ve added scenes; I’ve removed scenes. In that way I have created my own reality.

I tried to describe what it was like at the hospital. No one is a hero through and through in a crisis. The quarrels with Karin were important. The difficult decisions we made were important. I think that romantic relationships without darkness are boring in novels. There is something beautiful and deeply human in falling out and making up, over and over, and — in a romantic relationship — choosing one another again every day.

Your question is difficult, but I hope this answers it.

LB: Your book has already been extremely successful in Europe. I have read interviews that included a photo of you and your daughter. In what way has the success of your novel impacted your family?

TM: I don’t know. But I have changed. I lost my partner of 10 years, became a father for the first time, lost my father, wrote a book about it. And now I’m talking about it on various stages. Of course, it has changed me.

I think the book helped me to see what had happened. It made it easier. I could accept my new life as a widower and a father to Livia.

LB: And finally, as a poet, you have given us a fairly journalistic and yet artistic rendition of the events that occurred. Are you working on anything new at this time?

TM: What I realized at the hospital while writing poetry is that poetry is the amplification of emotions. At least in my case. A specific emotion transforms into a cosmos. Prose, however, is the compression of feelings. Again, it is to me when I write. A cosmos becomes a specific emotion. In that way, prose became a better tool for me to use to give chaos structure.

I am writing a new book. It’s a book about a murder in my hometown of Huddinge. It’s going to be a true crime novel, but with a poet’s touch. I don’t want to say anything more than that now; I might promise something I can’t keep.

Find out more about the author by visiting him on Facebook.