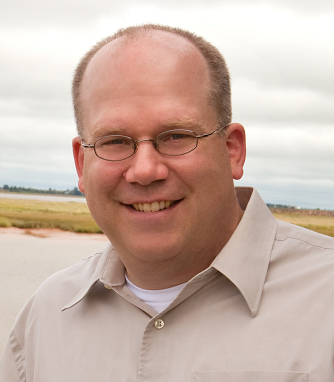 White lives in Canada with his wife, sons, and cat. In addition to writing, he teaches part time and dabbles in animation and filmmaking. In his debut title, the first volume in a fantasy series, Anne, who has spent most of her 13 years dreaming about leaving Saint Lupin’s Institute for Perpetually Wicked and Hideously Unattractive Children, is charged with an epic quest involving strange new locales, riddles, and monstrous foes.

Janelle Smith of Auntie’s Bookstore in Spokane, Washington, who served on the Indies Introduce Middle Grade/YA panel, recently had the opportunity to discuss The Adventurer’s Guide to Successful Escapes with the author. 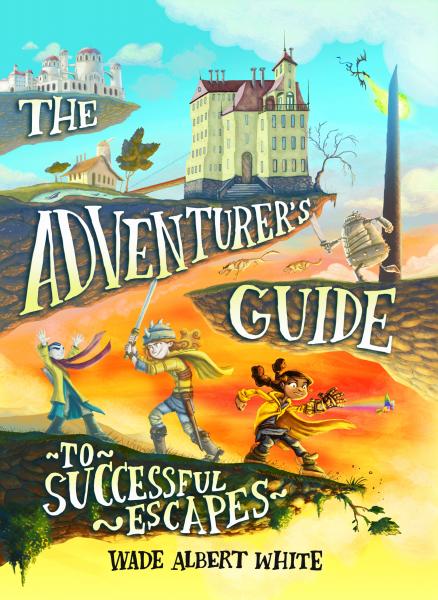 Janelle Smith: There are numerous fantastical elements within The Adventurer’s Guide to Successful Escapes. Did you have an idea when you started writing that these would all be a part of your tale, or did they develop and create themselves as the story grew?

Wade Albert White: A little of both. I started with the basic idea of writing a high fantasy parody, so naturally I included elements that are common to that genre. But I also wanted the process to be as organic as possible. Thus, I did my best to include whatever ideas popped into my head, no matter how bizarre they might seem. That’s how I ended up with both dragons and robots, iron knights, sand wolves, the Infinite Tower, and zombie sharks. As long as it fit the needs of the story, I included it.

JS: The school’s name, Saint Lupin’s Institute for Perpetually Wicked and Hideously Unattractive Children, is fabulous! Where does your inspiration come from and how did you come up with such unique names for the characters and places in your book?

WAW: My main sources of inspiration have been all the wonderful books and movies I’ve read and watched over the years, especially the ones that made me laugh out loud. There have been so many stories that have had such a tremendous impact on me and shaped how I view the world, and I wanted to be part of that tradition and tell my own stories as well.

As for how I come up with names and places, I usually aim for something equal parts meaningful and utterly ridiculous. So in the case of Saint Lupin’s, I wanted a name that would convey to the reader how truly terrible this place was but that would also make them laugh. Likewise the last names Shatterblade and Darkflame. They’re funny, but also tell us something about the characters themselves.

JS: The Adventurer’s Guide to Successful Escapes is a story filled with friendship, magic, loyalty, and kindness, and it’s incredibly funny! What would you want booksellers to say when recommending your debut to readers?

WAW: Well, for starters, everything you just said! Seriously, that’s a great description.

Beyond that, it’s a story for readers who embrace the weird and wonderful, who love taking the familiar and turning it on its head, who believe in challenging silly rules, and who put forth their best effort no matter the obstacles. It’s written for every reader who ever felt they didn’t fit in, and also for the ones who did. Also, it has a platypus in it, so what more can I say?

JS: You also include a list of fictitious resources entitled “First Year Reading List for Would-Be Adventurers.” The titles make it even more obvious that you have a fabulous sense of humor (Squirrels: Friend or Weapon? and Travel by Fireball: Innovation of the Century or Just One More Stupid Way to Get Yourself Killed?). Have you ever considered writing a comedy or perhaps doing stand-up?

WAW: Yes to both. I have written scripts in the past and fully intend to write more as my schedule allows. And I’ve always had a fascination with stand-up, but like writing books I know it can be difficult to do well. Every comedian who makes it look easy has years of experience. So while I would be very interested in pursuing that creative challenge someday, it’s not something I would step into lightly or simply do on a whim.

WAW: Ha! The answer to that question probably varies greatly depending on whom you ask.

What I remember most is wanting to try everything. I played baseball after school with the neighborhood kids, took both art and piano lessons, played volleyball, did some amateur filmmaking with my parents’ old VHS video camera, went to summer camp, tried skateboarding, built a tree fort in the backyard, and even took ballroom dancing lessons once. Not everything stuck, of course (I am not a good dancer), but I think all that curiosity and exploration is evident in one way or another throughout the book. I also read everything I could get my hands on, from fiction to joke books to manuals for electronics. Anything that could tell me a little more about how the world worked.

JS: What has it been like to have your debut novel out in the world and to have it selected as an Indies Introduce pick?

WAW: In a word, exciting! It’s such a great feeling to finally hold a book I’ve worked on for so long in my hands and to be able to share it with readers.

I was thrilled when I learned that The Adventurer’s Guide to Successful Escapes had been selected as an Indies Introduce pick. Independent bookstores remain a vital part of our communities, offering that personal touch and expertise that play such an important role in connecting readers to books, and I’m so happy to receive their support.