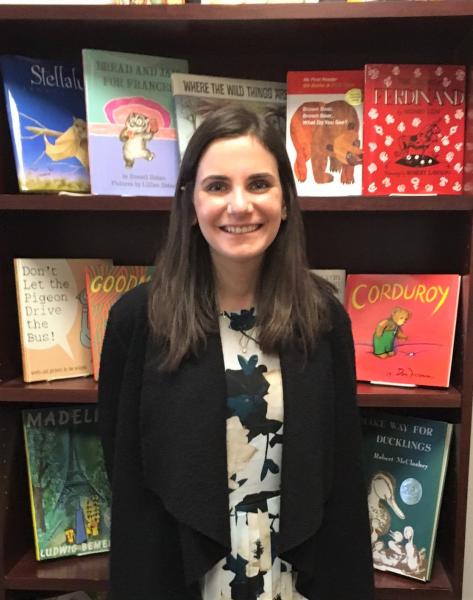 As part of the ABFE, advocacy, and public policy team, Peroni will help Grogan in his mission of serving as ABA’s primary contact for public policy matters while also helping him carry out his newer responsibilities of ABA’s free expression, readers’ rights, and First Amendment efforts. Peroni’s job will also entail providing input for formulating campaign strategy, including regularly scanning and monitoring the policy and advocacy landscape for issues of import to independent bookselling.

Peroni’s position will also require her to create and write relevant content, including press releases and articles in Bookselling This Week; to help with member outreach and communications, including acting as a point of contact for ABA members and fielding inquiries regarding ABFE and advocacy issues; and to help build relationships with elected officials, businesses, and coalitions on behalf of ABA.

“Free speech and freedom of expression are really important in this political and social climate,” said Peroni, who joined the ABA staff on April 2. “We’re so polarized right now, so there’s not a lot of discussion happening [between opposite sides]; bookstores serve as a really important place where those kinds of discussions can happen.”

Peroni graduated with a bachelor’s degree in English from Boston College in 2016 and went on to earn a master’s degree in gender and women’s studies from Trinity College in Dublin. In her dissertation on architectural urban planning as it relates to diversity and inclusion, Peroni cited bookstores as an example of a place where people engage in practices promoting inclusion and community. While in college, Peroni worked summers at indie bookstore BookHampton in East Hampton, Long Island.

“Bookstores have always been an important part of my life, even before I worked at BookHampton. I really liked engaging in conversations with people about books,” said Peroni. “I believe working in the interests of independent booksellers is inherently working in the interest of free expression. The conversations that I’ve had as both a patron and an employee of independent bookstores have been invaluable in broadening my own worldview.”

Independent bookstores also promote a diversity of voices and ideas in a way that algorithms cannot, she added. Peroni, whose favorite books of 2017 include John Boyne’s The Heart’s Invisible Furies (Hogarth) and Rachel Khong’s Goodbye, Vitamin (Henry Holt & Co.), told BTW she’s looking forward to meeting booksellers at BookExpo and to learning what advocacy and policy-related issues they’re passionate about.

“I’m excited to hear what issues they might want us to focus on,” said Peroni. “One issue we’re currently working on is sales tax fairness for online marketplaces; I’ll also be generally monitoring legislation that could have implications for free expression.”