Independent booksellers across the nation have chosen Nevermoor: The Trials of Morrigan Crow (Little, Brown Books for Young Readers, October 31) as a top pick for the Autumn 2017 Kids’ Indie Next List. 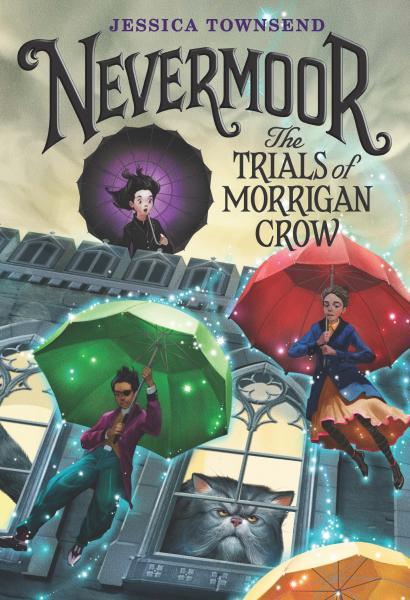 Nevermoor is the tale of a cursed child doomed to die on her 11th birthday until she is rescued by a mysterious stranger who whisks her away to a secret, magical city where she must prove her talents before she can join the Wundrous Society.

“I am loving the wave of plucky, engaging heroines currently prevalent in children’s literature, and Morrigan Crow is no exception. She is brave and curious and kind, despite a largely indifferent upbringing and a lack of companionship of any kind,” said Melissa Thorkilsen of Elm Street Books in New Canaan, Connecticut. “This debut by Jessica Townsend, the first installment in a series, has just the right mix of dark to give you a sense of foreboding, and light to give you hope. Engaging characters and great descriptions of the whimsical world of Nevermoor will leave you wanting to return.”

Townsend recently spoke to Bookselling This Week about Nevermoor from her home in Australia. 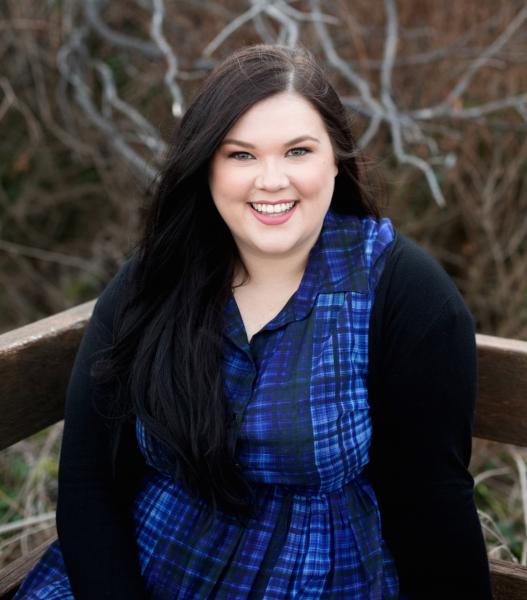 BTW: How did you come up with the character of Morrigan Crow?

Jessica Townsend: I first got the idea for Morrigan when I was 18, but I didn’t earnestly take up writing her story until I was 22. Originally, Nevermoor was part of a different story I was plotting out and that was going to be about a little girl who went to live with her Aunt Morrigan, who was this strange, eccentric, and slightly magical woman. As I started to write little bits and pieces, I started to wonder more about the aunt, about her childhood, and what had happened in her life to make her this brave, peculiar person. I let that incubate for a while and then started to write Morrigan’s story as an 11-year-old.

BTW: Like Harry Potter, your heroine receives a magical letter on her 11th birthday, rescuing her from certain death and relations who show little love toward her and propelling her into a magical world where she learns of her true talents. What is it about the age 11 that makes it ideal for this kind of adventure story?

JT: Age 11, for anyone, is a time of change. Often a new school, which can mean more independence and freedom, but yet they aren’t quite teenagers so there are still lots of rules to adhere to. It’s a real in-between, awkward time, and it’s a time when people are starting to question authority and think about their own identity. I think readers want to explore the idea in books that they can break rules and have adventures, while also knowing they aren’t quite ready yet to do that in real life.

BTW: Would you want to live in the world you created? Why, or why not?

JT: I would absolutely want to live in Nevermoor! Although knowing a lot of the dangers that lurk there for Morrigan & Co., I think I would want to be a peripheral character so I can have all of the magical adventure and none of the magical drama.

BTW: As a cursed child, Morrigan gets blamed for misfortunes that befall others around her, and subsequently must write apologies. Did you ever have to write such a letter as a child? How do you think this idea of feeling unfairly blamed resonates with young readers?

JT: The young people I know have very strong views about right and wrong. That means that they are usually happy to admit (eventually) when they have done something, but when accused of something unjustly, they really put their foot down and insist that they didn’t do it. I think young people can feel powerless against adults, as they are the “grown-ups,” so I hope Morrigan’s situation will resonate with them.

I was never forced to write apology letters to anyone, but I had a really guilty conscience about even the smallest things, and was a pretty dramatic kid. If I’d ever thought of doing such a thing, I might have written something quite elaborate for the tiniest transgression! But like Morrigan and every other kid I’ve met, I’d have been outraged to have to write an apology for something I didn’t do.

BTW: What were your favorite books when you were Morrigan’s age?

JT: My favorite book in the world was then, and is now, Little Women by Louisa May Alcott. I still have my battered old Reader’s Digest copy from the ’50s that belonged to my grandmother. It’s such a sentimental choice, and probably a pathetically typical one, but I’ve always loved stories about sisters. I also started reading the Tomorrow, When the War Began series by Australian author John Marsden when I was 11, and that series has stayed with me for years. Another book that deeply affected me at that age was No Gun for Asmir by Christobel Mattingley, a true story about a little boy who was smuggled with his family out of war-torn Bosnia.

BTW: It’s been exactly a year since Nevermoor debuted at the Frankfurt Book Fair to acclaim, with eight publishers vying to win the rights. You have signed up to write at least two more Nevermoor books. How is work on the next one coming?

JT: I am finishing up Morrigan Crow’s second adventure! It’s been fun and challenging trying to pin down how the Wundrous Society operates, and there has also been much more of Nevermoor to reveal and explore.

BTW: You’ve said you have material for nine books in the series. Do you imagine that Morrigan would be the heroine for all of the books, or would you explore other characters in the protagonist role?

JT: I have a whole arc planned for Morrigan; she is the through-line for the entire series, and will always be the heroine and point of view character. There are important subplots for some key secondary characters to come, but Morrigan is the anchor in this world.

BTW: You’ve made a deal with 20th Century Fox for the film rights to Nevermoor. How soon can we expect the movie to come out? Any idea who might play Morrigan? Any dream ideas for casting?

JT: 20th Century Fox is currently working on the film, and that’s about all I can say right now. As soon as I have more information, I will definitely be sharing!

BTW: The audiobook of Nevermoor is read by Game of Thrones star Gemma Whelan. Are you a fan of the show?

JT: I love Game of Thrones and was so excited when my publisher said Gemma had agreed to do the audio book. I’m a huge audiobook listener, and although this may seem biased, it’s one of the best ones I’ve listened to — Gemma is ridiculously talented, she has such a range of voices and perfect comic timing but also brings a real sensitivity to Morrigan’s story.

BTW: Booksellers voted Nevermoor the number-one Autumn 2017 Kids’ Indie Next Great Read. What advice would you give to booksellers when it comes to hand-selling your book?

JT: I’ve been so overwhelmed by the response and support from independent bookstores — the very idea of booksellers hand-selling it still blows me away! As for advice, I’d say it’s a fun, magical adventure for both boy and girl readers featuring exciting things like dragons, witches, zombies and chase scenes, a hotel with a mind of its own, and a whole Wundrous city to explore.