Independent booksellers across the country have selected Dread Nation, the new YA novel by Justina Ireland (Balzer + Bray, April 18) set in an alternate version of Reconstruction-era America, as a top pick on the Spring 2018 Kids’ Indie Next List. 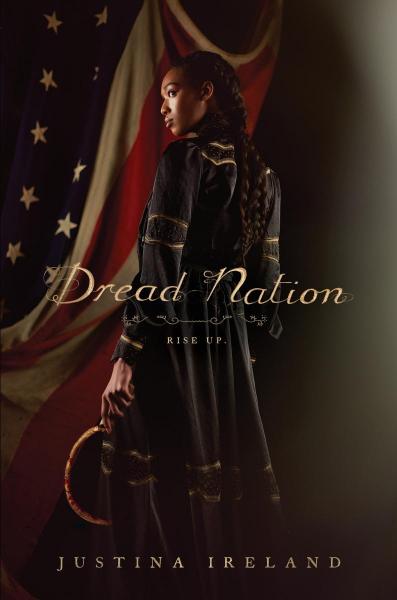 In Dread Nation, the course of the Civil War is derailed when Confederate and Union soldiers start to rise from the dead — a drastically different American history than the one we know. In the year 1880, Jane McKeene is one of many children of color mandated by the government to attend combat school to learn how to kill zombies for the upper classes. But this world has more in store for the strong-willed Jane, whose tendency to question authority leads her into battle with enemies both alive and undead.

“Dread Nation is not just a zombie story; you could have weeks of book group meetings and still be talking about it,” said Clarissa Murphy of Papercuts J.P. in Boston. “Ireland is an author to keep your eyes on. She writes with meaning, intention, and spark. Her characters leap off the page and demand attention. In Ireland’s tale, the world is crumbling, racism is making a fierce comeback (if it ever really left), and you won’t be able to help drawing connections to recent current events.” 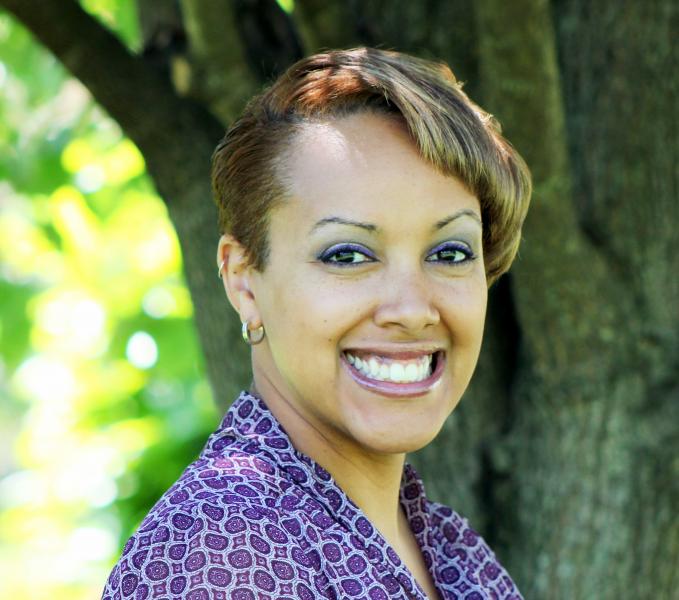 Ireland lives with her husband, child, and dog in Pennsylvania and is the author of two other YA novels, Vengeance Bound and Promise of Shadows (both S&S Books for Young Readers). Bookselling This Week spoke with Ireland about the intersection of history and zombies in her new book, for which she already has a sequel in the works.

Bookselling This Week: Where did the idea for this book come from?

Justina Ireland: The first draft I wrote was after I read the graphic novel Pride and Prejudice and Zombies [by Seth Grahame-Smith, Quirk Books], and I was struck by the idea of these women going and fighting zombies in these very corseted gowns. It made me laugh because that’s not how it would be! That’s not how it would be in any time period, because if you’re upper class, usually you’d have the lower classes to do the menial labor for you.

So the draft was just there on the back burner, and then when Mike Brown was shot and killed in Ferguson, I saw how people took sides and how this fissure in our society was revealed for what it was. It was like a wakeup call, and it gave me a whole new direction for the story: to analyze those ideas of race and power and how that manifests in day-to-day life, not just in Jane’s world but also in our own.

BTW: What was your research process for the historical aspects of the book?

JI: My bachelor’s degree is in history, so history has always been a part of my life. I live not that far from Gettysburg, so I did a lot of research on the Civil War and how people were spread out during that time. I looked at population maps from that time period to understand what would actually happen if there was this massive plague or zombie apocalypse.

I also read a lot of documents from the Freedmen’s Bureau [the government agency that provided resources for former slaves], which was active during Reconstruction, and about the Native American boarding schools established by the federal government’s Bureau of Indian Affairs in the late 1800s [which separated children from their tribes and sent them to special government schools]. This structure was promoted as a way to benefit Native Americans but really benefitted the people who ran the schools. Churches got federal funding; local people got free labor. There was a lot of abuse that happened as well. I wanted to take something that from the outside might look like a good idea but from the inside was rotten at its core and build upon that parallel. That’s how I came up with the idea of this high-end finishing school for black girls to kill zombies, because it fit into what we know of our own history at that time.

BTW: Was this the first time you’ve written about a historical topic?

JI: My first two books use the lens of Greek mythology to look at different ideas, but I think in those books I was trying to hew closer to commercial ideologies and make something that I thought people would want to read. With this book, I felt like I wrote something that people needed to read. I did try to tackle important ideas in the book, but mostly I’m hoping that people bring their own experiences to the story and learn to think about something in a new way.

Now, especially, as we look at how socially active teens are, like following the Parkland shooting and with Black Lives Matter, I think we do need to give younger readers a way to take these big ideas and ingest them and look at them critically. I’m hoping that by adding zombies and putting these ideas in a historical context, they’re removed from that kind of rawness and immediacy and people get some perspective. People can be really defensive when we talk about power structures and systemic racism, but through the lens of fiction, it’s a little easier to get them to stick their toes in the pool of those ideas.

BTW: In pop culture, zombies often serve as a metaphor for larger ideas or social issues. Is this the case with Dread Nation?

JI: Yes, in this book, the monsters are definitely that legacy of chattel slavery and of the Civil War. There was just an NPR survey that found only eight percent of high schoolers think slavery was the cause of the Civil War, and as recently as last summer, when they were talking about taking down Confederate monuments, there were people saying that the war wasn’t about slavery, that it was about all these other things.

We’re still kind of dancing around this topic of our greatest sin: that America was built on the backs of other people through a series of conquests either over native tribes or black people. So zombies are a great visual metaphor for something that just won’t go away. I do think we have to reckon with the legacy of slavery in this country, and our own colonialism and the way we interact abroad. As long as we’re not having those conversations, we can’t be better as a society and as a country — we’re just doomed to repeat these cycles.

BTW: How did you create the character of Jane? Were you thinking about her role more broadly as a strong female protagonist in the mold of a Katniss or a Hermione?

JI: I actually based Jane off of Huck Finn. I think a lot of times female protagonists, especially in YA, tend to fall into a trap of being this or that: a female character can be badass or she can be feminine; she can be very introspective or she can be very outspoken. We don’t do a good job of that in YA, so I think sometimes the best way to build a great female character is to look at male characters that have gone before and see how the writer was able to give them their humanity.

In the context of its time, The Adventures of Huckleberry Finn was questioning some very big ideas about American society, but at the end of the day it didn’t necessarily change anything. I wanted to write a character that did the things that I think Huck Finn failed at. One thing Huck Finn does well is questioning the power structures around him, but he’s not necessarily good at taking action. He waits until the end of the book to help Jim get down the river, and he’s mostly doing it because it’s as much fun as it is the right thing to do.

When it came to Jane, I wanted to first of all give black girls a character so that they could say yes, black women existed in the 1880s not just as slaves or mammies; they had their own adventures as well. But I also wanted to make a character who was going to question the power structures around her in that very picaresque style. And, of course, you can’t come into any YA novel without knowing the current literature, the Hermiones and the Katnisses.

BTW: What has been the role of indie bookstores in your life?

JI: I’m actually one of those people who live really far from an indie bookstore, but I’m doing my preorder campaign through The Ivy Bookshop in Baltimore, which I love. I also wrote half of this book at the Midtown Scholar in Harrisburg. I think having an indie in your area is such a privilege. If you don’t, book discovery can be really difficult. I think any author who is not a big fan of indie bookstores is really missing an opportunity. Mostly any time I do an event, it’s with an indie bookstore.

I think it’s great that people can buy a book off of IndieBound and still support their independent bookseller even if they can’t get to a bookstore. I do think indie bookstores support authors in a way that is more tangible than any chain.