Mac Barnett and Jon Klassen on Kids’ Indie Next List Pick “The Wolf, the Duck, and the Mouse”

Independent booksellers have chosen The Wolf, the Duck, and the Mouse, a picture book by Mac Barnett, illustrated by Jon Klassen, as a top pick for the Autumn 2017 Kids’ Indie Next List. 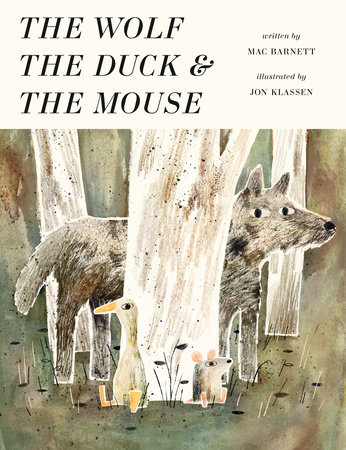 Available from Candlewick Press on October 10, The Wolf, the Duck, and the Mouse is the story of a duck and a mouse who are eaten by a wolf, then decide they like living in his belly and resolve to stay there. This nod to traditional fables, featuring charming animal characters and an unusual odyssey into the interior of a wolf, makes for a natural story time choice.

“The Wolf, the Duck, and the Mouse starts off with a bang and goes on to be quite possibly the strangest tale of teamwork to ever grace the pages of a picture book,” said Jordan Standridge of Powell’s Books in Portland, Oregon. “Kids and their parents are sure to enjoy the latest Barnett-Klassen collaboration. They will laugh. They will be dumbfounded. And they will have just picked up their newest favorite story.”

In addition to various solo projects and other collaborations, Barnett and Klassen have previously worked together as writer and illustrator on Extra Yarn (Balzer + Bray), which won the 2012 Boston Globe–Horn Book Award and the 2013 E.B. White Read-Aloud Award and was a Caldecott Medal Honor Book, and on Sam & Dave Dig a Hole (Candlewick), also a Caldecott Honor Book and the winner of the 2015 E.B. White Read-Aloud Award.

Here, the bestselling and award-winning duo talk to Bookselling This Week about the creative process, the value of indie bookseller support, and whether the wolf learned a lesson.

Bookselling This Week: Where did the idea for The Wolf, the Duck, and the Mouse come from?

Mac Barnett: On our own, Jon and I have each put out two books where a major character gets swallowed up by an animal. I don’t know what our hang-up is, exactly, but it’s nice to now be working through it together.

BTW: How do you feel about booksellers choosing your new book for the Autumn Kids’ Indie Next List?

MB: It was independent booksellers who first championed my picture books, and I’m sure I wouldn’t have a career without them. Or at least I’d have a different career — medievalist, or kindergarten teacher, or party deejay. Incidentally, The Wolf, the Duck, and the Mouse was written at a bookshop. I was in New York, I had an idea, and I needed a pleasant, familiar, and comfortable place to work it out. So I headed right to McNally Jackson. 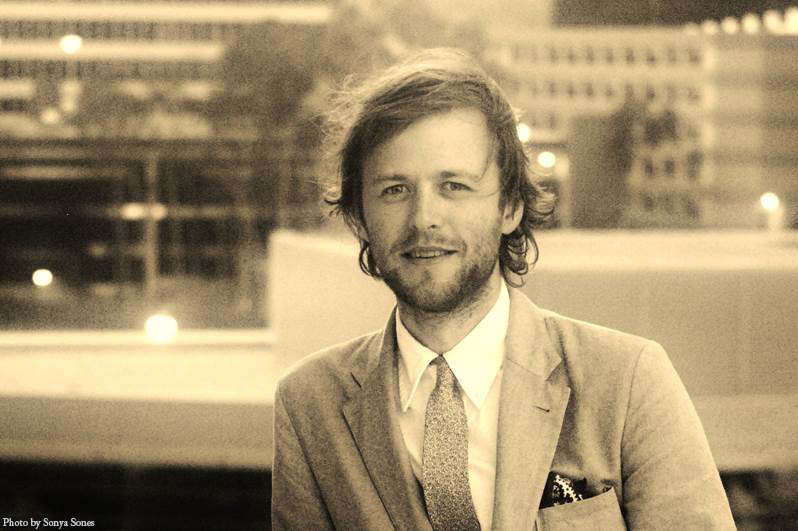 BTW: Do you feel that this book imparts a lesson or relays some essential truth about our world? About teamwork? Sacrifice? Symbiosis?

MB: I hope the book contains some essential truths, but I don’t think meaning is imparted by an artwork. Meaning is something created, over and over, by sensitive readers who give a book their attention.

BTW: What is your advice for indie booksellers when it comes to pitching/hand-selling this book?

MB: This question seems designed to make booksellers resent us and I refuse to take the bait. 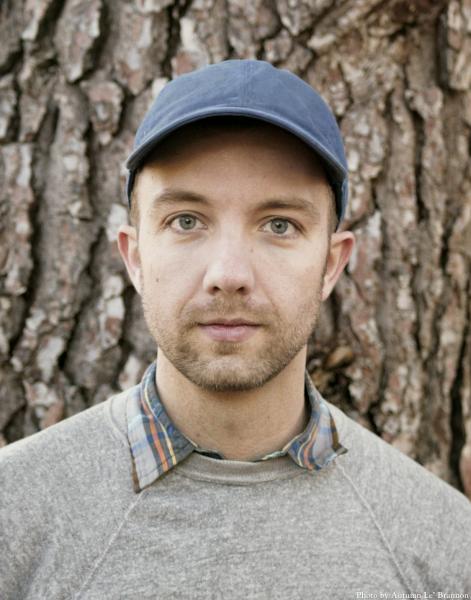 BTW: Jon, can you discuss the artistic concept you had in mind when creating your illustrations?

Jon Klassen: Illustratively, it was fun to take the cues from how the book sounds. To me, it sounds like an old play or something like that — very declarative, like you’d hear the animals shouting their lines to reach everyone in the theater, so the illustrations are treated very shallowly, like a stage set, where there’s only 10 feet of space behind everyone. Also, there’s more messy brushwork this time around, because that’s how those sets always looked in school plays.

BTW: Did the book start out as a fable explaining why wolves howl at the moon? Is it a fable at all?

MB: I think the story uses the form of a fable to chase after something a little different.

JK: I’ve never been big on fables. They always have really neat beginnings and then in the last half you can feel the lesson that it’s trying to teach bending everything in the story. This one feels like it avoided that. Nobody seems to learn any lessons. Maybe the wolf kind of does.

BTW: The plot of The Wolf, the Duck, and the Mouse involves animals eating other animals (although none are hurt). What is your approach to including these more visceral/primal elements in books for kids?