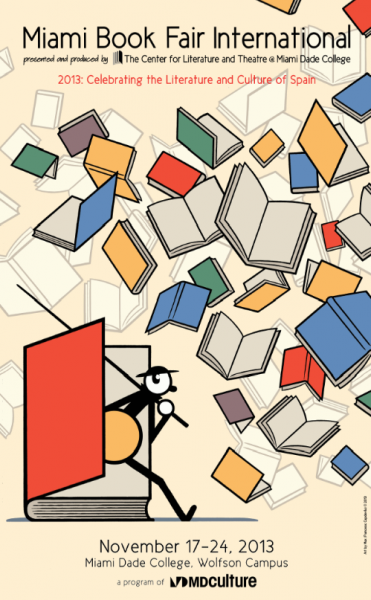 More than 250,000 people are expected to flock to this year’s Miami Book Fair International (MBFI), which is celebrating its 30th anniversary the week of November 17 – 24.

Now the chair of the MBFI Board of Directors, Mitchell Kaplan, the owner of Books & Books, played an integral role in the creation of the book fair in the mid-1980s.

“Miami was a fairly bleak place at the time,” Kaplan said, but Miami Dade College, which had a campus in the struggling downtown area, “wanted to do a series of different kinds of events that would help change the perception of what Miami was.”

Having lightly tested the waters with a small book fair in Coral Gables, Kaplan joined with Dr. Eduardo J. Padrón, now the president of Miami Dade College; fellow area booksellers; and the people of Miami to pull together the inaugural event.

In an era when book fairs were a rarity, MBFI’s co-founders aimed to produce a fair that encompassed different styles of literary and community-building events, such as the festive street fairs and consumer-centric shows that were taking place in different parts of the country.

The plan for the book fair “was to combine book offerings on the street with a program of authors who would come and speak,” said Kaplan. 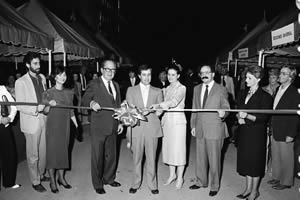 In 1984, a two-day street fair called Books by the Bay launched with 25,000 attendees, attracted by the prospect of meeting favorite authors. In the ensuing years, the event grew to become the largest book festival in the country and rebranded itself as Miami Book Fair International. But it has always remained true to its mission of bringing literature and the love of reading to the Miami community. “Miami is a very diverse place and we want the book fair to be a giant tent under which all of Miami can feel comfortable, so there is something for everyone,” said Kaplan. “I think that has been a pretty remarkable feat that we have been able to pull off all these years.”

Now eight days of cultural and educational activities, MBFI is preceded by a series of readings by well-known authors, presented from September through November by the Center for Literature and Theatre @ Miami Dade College.

And while attendees look forward to the fair’s classic events, including author signings and readings, Spanish language programming, teen and children’s events, antique and collectible books, cooking demos and panels, and graphic novel events, MBFI remains a new experience for visitors each fall.

“The beauty of a fair like this is that the programming changes each year depending on the authors,” said Kaplan, while the structure — and success — of the festival remains fixed year to year. 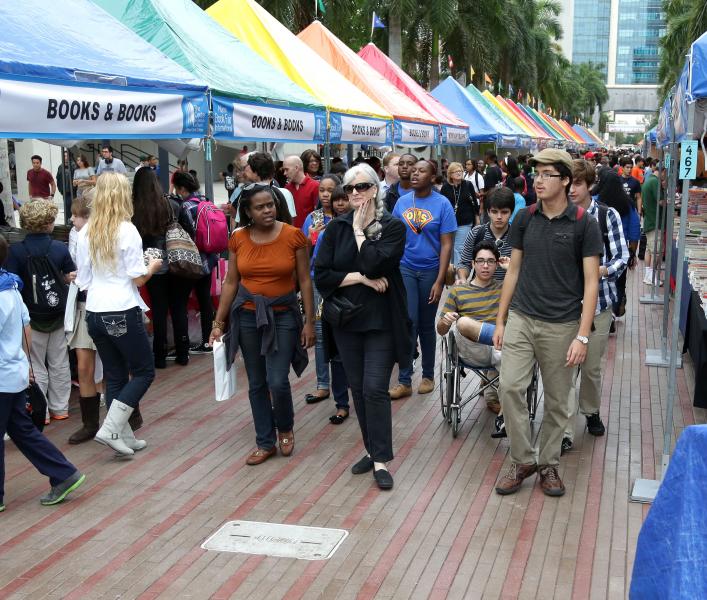 MBFI shines the spotlight on a different country every year and boasts programming in a variety of languages, including Spanish, French, and Creole. This year’s festivities celebrate the culture and literature of Spain in recognition of the 500th anniversary of Spanish explorer Ponce de León’s landing in Florida. More than 250 exhibitors will sell books at this year’s event, and upwards of 350 authors will participate in readings, signings, and panels.

Having been an integral part of the fair over the past 30 years, Kaplan could not be happier with how the event has grown and developed. Especially satisfying, he said, is the way that authors have begun making Miami their home and that, between literary programs developing at many of the region’s educational institutions and community writing programs springing up, Miami has broadened into a literary and cultural hub.

“One of our real focuses is developing the next generation of readers,” said Kaplan. “We’ve been doing that for over a generation, so there’s been a full generation of folks that have grown up with Miami Book Fair International. And we’re still doing that.”

As for booksellers who may be thinking about beginning a festival in their own communities, Kaplan said that “each book fair would be a different road map,” but he would be happy to lend his expertise to see the celebration of books extend into communities nationwide.