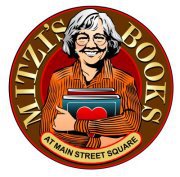 “Right when you walk in we have our giant Eat Sleep Read poster,” said Tarah Jennings, retail manager at the store, which is located in the city’s newly refurbished downtown shopping area, Main Street Square. “You can tell we’re IndieBound.”

The 1,300-square-foot store, which carries new books and book-related toys, cards, and gifts, has set up an Indie Next List book display, complete with fliers and shelf-talkers, right next to its staff picks, and it integrates IndieBound promotional materials throughout the store. Since January, Mitzi’s has added Indies Introduce titles to its display and has gotten strong results.

“That shelf alone sees a lot of traffic. We’ve seen great sales from that,” Jennings said. “We utilize the IndieBound programs for ideas and to try to create enthusiasm with certain titles. We’re always looking at the ABA website, Bookselling This Week, and social media from other indie stores for advice on how to promote shopping local.”

Mitzi’s Books opened in November 2011 as part of the grand opening of Main Street Square, a city block that was transformed to a retail development for locally owned shops and restaurants in the center of Rapid City’s historic downtown. A hobby store, travel store, toy shop, art gallery, and a deli and bakery are also part of the complex, which features decorative fountains and a park that offers movies under the stars during the summer and an ice skating rink in the winter. 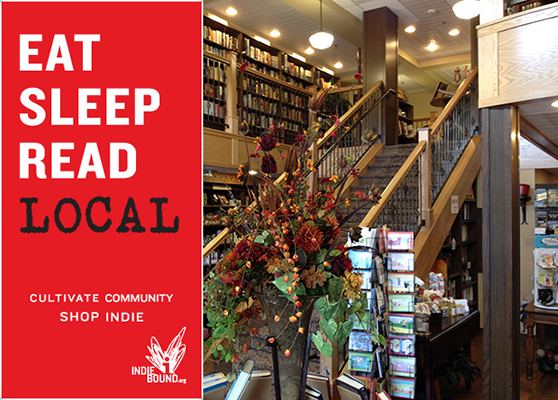 Back in 2011, Mitzi Hillenbrand Lally, for whom the store is named, purchased the property and asked her brother, Ray Hillenbrand, to work with city leaders on the urban redevelopment project that would eventually become Main Street Square. When she learned that the local Borders store would be closing, her first priority was to make sure a new community bookstore was included in the project’s plans.

Mitzi, who died that August, didn’t live long enough to see her bookstore dreams come true, but Ray, who now owns the bookstore and the nearby Native American-themed Prairie Edge Trading Co. & Galleries, carried on her work. Hillenbrand called on the expertise of Paz & Associates for help designing the store layout, selecting inventory, training staff, and handling newsletter marketing for a soft opening in November 2011.

Repurposing the 983-square-foot space, a former adult video store, included building a mezzanine and grand staircase, said Paz & Associates’ Donna Paz Kaufman. The bookstore layout includes a seating area that cuts into the middle of the floor; fiction and book-related items located downstairs; and a large kids’ section behind the mezzanine. On the upper level, the store stocks nonfiction titles as well as books by local authors and subjects of regional interest. To appeal to tourists who come to visit nearby Mount Rushmore and the Black Hills National Forest, the section offers a special focus on U.S. history and presidential memoirs. 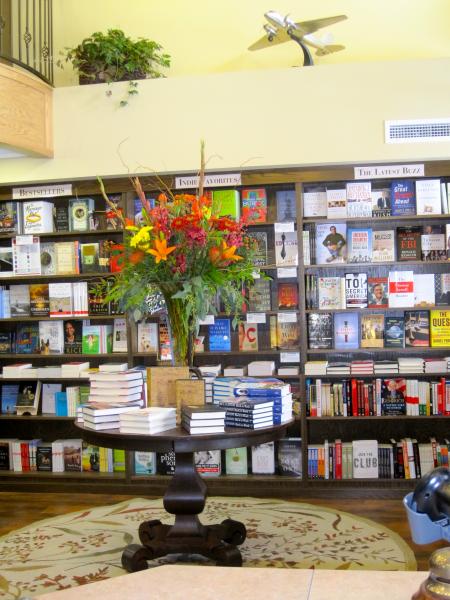 “Being in Rapid City, we see heavy traffic from tourists through the summer, although we do have a nice base of local customers that come downtown throughout the rest of the year as well,” said Jennings, who added that next to Christmas, summer is the store’s busiest season.

Mitzi Hillenbrand Lally, who died at the age of 82, is still a part of the store in a big way, according to Jennings, who was previously a manager at Borders. “Mitzi was a very community- and family-oriented person,” she said, “and we try to make sure that Mitzi’s Books stays that way to honor her.”

Because of its size, Mitzi’s can’t accommodate large in-store events, but it does partner a great deal with the local library. “We’ll usually sell books at any events that they have,” Jennings said. “We even work with some of the surrounding libraries in the smaller towns in the Black Hills, as well as with our local school district.”

Mitzi’s also works with other stores in Main Street Square during Thursday night shopping events sponsored by the city every week in the summer, which feature concerts and street vendors.