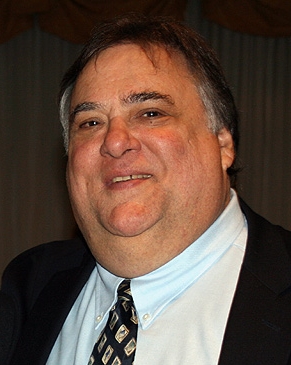 A former trial lawyer, Domnitz was the owner of Dickens Books and then co-owner of the Harry W. Schwartz Bookshops in Milwaukee, Wisconsin, when his many years of service to indie booksellers began. He served on the ABA Board for two terms and was president from 1994 to 1996.

Domnitz, who was honored by his ABA colleagues at BookExpo America 2015, brought booksellers the memorable “2% Solution” seminars, led the organization during tumultuous litigations, and vastly grew ABA’s educational and professional development initiatives.

“Avin’s life in bookselling was characterized by his unstinting belief in the transformative power of books and by his passionate belief that the best educational tools possible would help ensure that indie bookstores would be empowered to continue to reinvent and reinvigorate their businesses,” said ABA CEO Oren Teicher. “He was a very special bookseller, a superb teacher, and an extraordinarily talented and committed man. He inspired a whole generation of booksellers as well as all of us who worked with him on the ABA staff.

“More than anyone else, Avin was responsible for the renaissance in indie bookselling that we are seeing today. He planted the seeds for today’s resurgence and never, ever lost faith. He will be dearly missed.” (Read this week’s BTW  tribute to Avin from his friends and colleagues.)

In lieu of flowers, the family suggests memorial contributions to the American Booksellers Association, 333 Westchester Avenue, Suite S202, White Plains, New York 10604, or to the charity of your choice. Contributions to ABA will be used to create additional scholarships to the Winter Institute, an event developed under Domnitz’ guidance as CEO.