A Q&A With Gabriel Tallent, Author of the #1 Indie Next List Pick for September 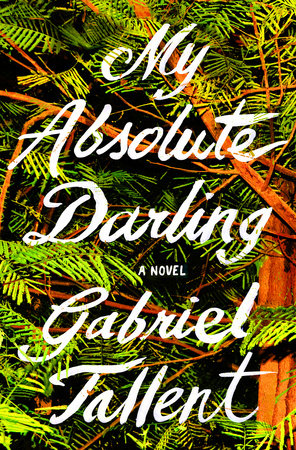 “I believe in great American novels, but not the Great American Novel,” said John Evans, co-owner of DIESEL, A Bookstore in Larkspur, Santa Monica, and Oakland, California. “This is a Great American Novel. Exquisitely lush language of the natural world; startlingly vivid characters; a global understanding of social context, in a particular place; and, in this case, steel-wire narrative tension stringing through the beautiful prose like piano wire. It is the book this year that I feel every American should read, because of its greatness and also because of its deep wrestling with issues of class, complacency, climate change, culture, and especially gender.”

My Absolute Darling follows a rugged, talented 14-year-old girl named Turtle whose survival skills and personal courage allow her to traverse the Northern California wilderness at will, but who must use these same skills to navigate a suffocating home life with her troubled and dangerous father, Martin. Tallent’s first novel has received high praise from booksellers, literary critics, and authors. According to Stephen King, “The word ‘masterpiece’ has been cheapened by too many blurbs, but My Absolute Darling absolutely is one”; Harper’s Bazaar called My Absolute Darling “one of the most important books you’ll pick up this decade.”

Tallent grew up in Mendocino, California, and received his bachelor’s degree from Willamette University. He has worked as a trail crew leader for the Northwest Youth Corps in Oregon and Washington, and his stories have been published in Narrative and in the St. Petersburg Review. He lives in Salt Lake City with his wife, Harriet.

Here, Bookselling This Week speaks with Tallent about the origin of the book, his love of wilderness, and how he came up with the unforgettable character of Turtle.

Bookselling This Week: How do you feel now that indie booksellers have chosen your debut novel as the number-one Indie Next List pick for September?

Gabriel Tallent: It feels kind of surreal. I met a lot of booksellers at Winter Institute and BookExpo, and I’ve done a bit of traveling around — it’s been an amazing and eye-opening experience to see these little bastions of open-mindedness and of fiction, and all the best parts that go with that, all around the country. It’s been inspiring.

I’ll be touring for most of September, and I’m lucky enough to be hitting some bookstores that I’m really excited about and where I’ve met the folks. I feel really lucky, really fortunate, to be invited to the home grounds of these booksellers who I’ve met elsewhere, and I’ll also get to see some new bookstores that I’m less familiar with. I’ll be touring from August 29, when the book drops, until September 27.

BTW: How did you come up with the idea for Turtle’s story?

GT: The short answer is I really wanted to write about resistance. I’m deeply interested in that idea and particularly in resistance when you feel complicit or divided within yourself, which is perhaps an experience common to all historical moments but which feels like a very contemporary problem, with global warming and all of the structural inequalities of society in which we all sort of participate and don’t know how to extract ourselves from. I’m really drawn to that problem and how you find the way forward when the way forward is not clear, and how you become a good person in adverse circumstances.

I did a great deal of writing for many years and came up with a number of storylines but Turtle was the best, so at some point, I made the kind of terrifying decision that Turtle would be the entire book, that I would shuck away everything else. So I committed entirely to her storyline without muddying it with anything else.

GT: One of my stepping-off points into that deep water was Turtle’s love of wilderness; she moves in many of the same places I moved. Her forests are my forests, and I felt like that was a great point of overlap. We had this love in common, and I felt like that was the first point of clarity that I had about Turtle. This is a thorny question because I’m writing from a position of privilege that I think should be acknowledged, and people have raised that question. I think it’s a good question that should be raised about fiction, but this is also my culture, the violence that happens to women and the culture in which girls grow up, so in some ways it didn’t feel that far from home.

I worked intensely to try to honor her experience. I think that there is a dynamic in fiction where, especially with victimized women, there’s a dehumanizing aspect, so I wanted to keep hold of Turtle as a person who is making the decisions, and I wanted that to feel true and exact. So I always sort of pursued that: to be honest about Turtle and to chase that feeling of honesty.

BTW: Can you discuss your travels in the Pacific Northwest leading youth trail crews through the wilderness? How did that affect the writing of this book?

GT: I worked for two seasons for Northwest Youth Core, an organization that hires youth to build trails mostly in Oregon and Washington. I was based out of Leavenworth, and I met all of these incredible young people from diverse backgrounds, some at-risk (in the way that any group of teenagers is going to be at-risk), some not. My experience was that these teenagers met adversity with a plurality of different mindsets and different degrees of courage and humor that were utterly unlike anything that a textbook would lead you to believe.

So I felt when writing Turtle that she just needed to feel like herself. She didn’t need to feel like any kind of type, because that’s not what I encountered. I already had the arc of the book when I started trail crew, and so I just had the desire to make her seem like a real person and not a victimized teenager.

BTW: One prominent aspect of the book is the way Turtle interacts with her environment; there is a lot of beautiful nature writing, as well as technical writing about guns and outdoor skills, like building fires. Did you do much research, or did you draw on things you knew?

GT: It was a huge amount of research. I felt that I had a good handle on how Mendocino feels and on how those gulches and meadows look. What I realized is that I had the wrong names for lots of plants, and it was a learning process of comparing my experience to what one actually learns as an adult.

With the guns, it was a tremendous research project. I didn’t want to lean on a preconception of what cleaning and firing the guns would feel like, because I feel like preconceptions are often shallower and more facile than sustained engagement, so I took that on as a pretty serious research project. I wanted the guns to feel real, which included going into the field and firing guns myself.

BTW: What is your writing background? Have you always been interested in writing a book?

GT: Writing was something I’d always been interested in doing but was really afraid to set out and do because it seems like such an uncertain future. But after I graduated, I decided to take that risk, to take a year and write and see what comes, and, of course, nothing came of it. I wrote for 30 hours a week for a year and I had no successes under my belt. I was really beginning to realize the scope of the difficulties, but I also fell in love with it.

I studied cultural history of the 18th century in college and loved it, so I imagined that that would be my trajectory. I didn’t go to an MFA program; I didn’t really have any instruction. I just wrote as much as I could as often as I could, about 20 to 40 hours a week, every week. A couple of years in, when I realized I was still several years out from having a novel that I could shop, I called my mom and said, I really don’t think I can afford to do this; I have no career, I’m working at a ski lodge, I don’t want to be a server for the rest of my life. I don’t know what I’m doing and if I’m really going to make this novel into the book that I want it to be, then it’s going to take me years and I may not even be able to sell it then. She told me, just take the risk; if you fail at this, then you’ve set your financial stability back several years, but if you give up, you’ll always regret it.

BTW: Do you have advice for booksellers when it comes to hand-selling your book to customers?

GT: Hand-selling involves the work of engaging with another person, which is something you can’t really do in a blankly prescriptive setting. So, knowing the limitations of that, I would sell it as a book that is about a young woman’s struggle for her own soul. Turtle is a character who is at risk and who is trying to build her own personhood, to form her own identity in the face of the most adverse yet sometimes beautiful circumstances. I think nature sometimes gives us the strength to do that, and that’s a struggle that many of us can relate to, even if the circumstances couldn’t be more different. We’ve all engaged in that project.