A Q&A With Paula McLain, Author of August’s #1 Indie Next List Pick

Booksellers have selected Circling the Sun: A Novel by Paula McLain (Ballantine Books) as their top Indie Next List pick for August. This richly transporting work of historical fiction by the author of The Paris Wife (also Ballantine) is told from the point of view of pioneering female aviator and horse trainer Beryl Markham. The novel creatively reconstructs Markham’s life as a headstrong adventurer and unsinkable free spirit, from her unorthodox childhood in British colonial Kenya and early adult relationships with Denys Finch Hatton and Karen Blixen (the author Isak Dinesen) to her record-breaking voyage as the first woman to fly solo across the Atlantic from east to west. 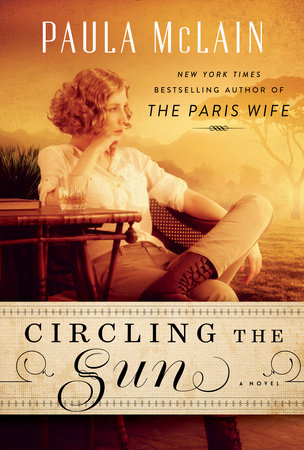 “Markham lived a fascinating and uncompromising life filled with danger, ill-fated romance, and stunning bravery,” said Rhianna Walton of Powell’s Books in Portland, Oregon, “and McLain does justice to her memory with this sensitive and beautifully written portrayal.”

Here, McLain talks about the boundary-breaking woman who inspired Circling the Sun, the challenges of writing historical fiction, and finding what she was meant to do in life.

Bookselling This Week: Your depiction of Beryl Markham paints her as a very real, flawed, multidimensional character. What was it that intrigued you about Markham, the person?

Paula McLain: If Beryl’s known at all, it’s as an aviator, and the author of West With the Night, which recounts her record-breaking transatlantic flight in 1936 and other daring adventures. But what struck and intrigued me most as I began to research her life was her dramatic personal story, which is almost entirely missing from her own writing, as well as from the history books.

The traumatic early loss of her mother, and the way Beryl coped with that loss by forging a new identity for herself as Lakwet, a young warrior in training with the Kipsigis tribe on her father’s land, had everything to do with how she was able to tackle her later adventures and accomplishments. Her boldness and originality were forged out of great difficulty. That was fascinating to me — her outer toughness and inner, hidden vulnerability. And I liked how enigmatic she was … how hard I had to work to get close to her as a character. Like Beryl herself, I don’t often back down from a challenge, even when that gets me in hot water!

BTW: In the afterword to Circling the Sun, you note that Markham’s memoir, West With the Night, was an inspiration to you. Can you describe the research process you used to paint a historically detailed picture that is utterly transporting to readers?

PM: West With the Night most definitely kick-started my girl-crush on Beryl, and it gave me essential access to her voice, which I found absolutely electrifying. From there, I read everything I could find about her life and about colonial Kenya, exploring biographies of Karen Blixen and Denys Finch-Hatton, rereading Out of Africa, and poring over Karen Blixen’s letters.

There’s a wonderful book by Francis Osborne called The Bolter, about the notorious Idina Sackville and the Happy Valley Set, which helped me understand the wilder contours of the social milieu. There’s Elspeth Huxley’s The Flame Trees of Thika and Bror Blixen’s terrific memoir about being an African safari hunter, and then I had to read books on flying, and racehorse training, and on and on. Every piece of the research was amazing in its own way, and worked to transport me. I loved every moment. 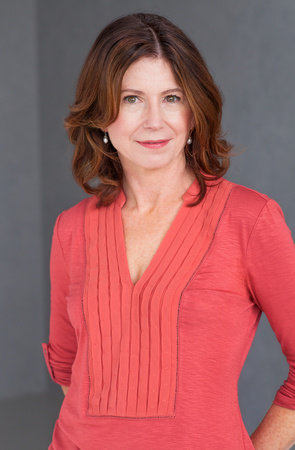 Photo credit: Nina Subin
BTW: Like The Paris Wife, which tells the story of Ernest Hemingway’s early days in Paris with his wife, Hadley Richardson, Circling the Sun is also a tale of historical fiction told from a woman’s point of view. Are you particularly drawn to this genre and/or to women’s voices? And, when writing historical fiction, how do you strike a balance between the facts and those elements created when you give imagination free reign?

PM: I went to graduate school to write poetry and later published books in several genres — poetry, memoir, contemporary fiction — before Hadley came along to sweep me off my feet. The Paris Wife changed my life in all sorts of ways, but perhaps the most far-reaching is how I’m now completely obsessed with this particular vein of historical fiction, and to finding one-of-a-kind women like Hadley and Beryl who have somehow been forgotten or marginalized by history. Drawing them out of the shadows by dramatizing and inhabiting their lives feels really intimate, and important and — yes — feminist, and even perhaps the thing I’ve always been meant to do. My life’s purpose.

BTW: The idea of society’s mores as an obstacle to the freedom to follow one’s natural instincts (especially as a woman) is a concept that comes up often in Circling the Sun. When Beryl first meets Karen Blixen and they discuss her farm, Karen says, “I have fought for independence here, and freedom, too, though more and more I find they’re not at all the same thing.” What does she mean by this distinction?

PM: What Karen means — or what I mean by putting words into her mouth! — is that sometimes for women the fight for financial and emotional independence can be incredibly costly. When Beryl fights to be liberated from the confines of her disastrous marriage to Jock, for instance, and to forge her way as a licensed racehorse trainer (the first for her gender in the world), there’s a lot of painful backlash. She pays and keeps on paying for not simply caving to convention. At one point I have her think and say that sometimes she believes she’s being punished by society for a crime … the crime of being a woman and daring to think she could be free. That gives me chills, even writing it now.

BTW: The prologue and epilogue of the book reconstruct Markham’s inner monologue during her 21-hour solo flight across the Atlantic. What made you think to use Markham’s flight as a framing device and why do so?

PM: The decision to put Beryl in her Vega Gull at the opening of the book came late in my drafting process, and functions, ultimately, to connect all the dots and show the final result of Beryl’s early experiences and formative relationships — the arc of her life. How after great struggle, she finally discovers her fate, which is the sky. Later, though, it occurred to me that the device serves another purpose, too. Beryl isn’t self-reflective or meditative, and not all that inclined to be vulnerable. In a way, then, having her plunge toward the Atlantic and her possible death might be the only circumstances under which someone like Beryl would spill her guts!

BTW: Can you tell readers what is next in terms of your writing?

PM: If I’ve learned anything from my process, it’s that my response to these historical subjects when I find them (or they find me) is not at all subtle. I have a profound and almost immediate reaction that’s unmistakable, and then I become obsessed and can’t think of anything else. So even though I don’t know quite yet who that next great love will be, I can tell you I’ll recognize her when I see her. And then, watch out!