After the Barnes & Noble in the Forest Hills area of Queens, New York, closed at the end of 2015, former staff members Vina Castillo, Natalie Noboa, and Holly Nikodem set out on a mission to open a general-interest bookstore, The Queens Bookshop, to serve the local community. 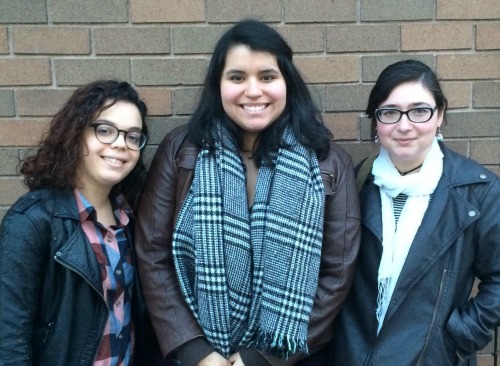 On April 24, the three women, who met while working at B&N, launched a Kickstarter campaign to raise $70,000 in start-up money. In addition to investing their own money, Castillo, Noboa, and Nikodem want to raise $57,000 for the store’s inventory and $13,000 for essentials such as a point of sale system and publicity costs. So far, their Kickstarter campaign, which wraps up June 23, has raised more than $23,800.

To reward contributors to their campaign, the trio is offering merchandise such as tote bags and bookmarks; the opportunity for groups, individuals, and businesses to sponsor a shelf in the Queens store; book lists handpicked by authors and other literary professionals; and signed books donated by local authors, including Philip Klay, Maureen Johnson, Aimee Friedman, and Lance Rubin.

“It’s been pretty awesome,” said Castillo. “I think everyone in the community is very excited. Ever since we started our campaign, every time we tweet or post about it, someone will e-mail us saying they want to help. So we’ve been getting an amazing response since the start, and we hope to keep it going through the Kickstarter.”

The initiative to bring another bookstore to the borough has also received a lot of positive press over the last three months, including coverage by local TV channels NY1 and WCBS, local newspapers like the Queens Tribune, as well as the Huffington Post and amNY.

Castillo said that the closure of Barnes & Noble’s three Queens locations left just one general-interest bookstore in Queens — the Astoria Bookshop, which is located on the other side of the borough — and a handful of used or specialty bookstores to serve the 2.3 million people of Queens.

On their Kickstarter site, Castillo, Noboa, and Nikodem said that they envision their bookstore as a place “where children can go for story time, where local writers can share their work, and where you can meet your new favorite book or new best friend.”

Castillo said Queens is already home to a vibrant literary scene, and Forest Hills, where they are aiming to open, is a diverse neighborhood with many families.

“Knowing our demographic is going to be very beneficial for us… We want to cater to the people of the neighborhood,” Castillo said. “We also want to showcase authors who are local.”

The trio plans to use their varied talents and interests to create a diverse selection of features, amenities, and projects that will provide something for everyone in the surrounding community. Ideas include an event space for author signings and poetry readings, story times and kid-friendly crafts, the “Through the Trees” book club, a Queens Bookshop podcast and blog, and partnerships with local literary charities.

“We each have different tastes and backgrounds,” said Castillo. “I have a background in publishing and I read anything and everything, mainly fiction and literary fiction; Holly has a background in retail management and is huge into sci-fi, manga, and graphic novels; and Natalie has an education background, so she is great with children’s events and YA.”

Their hope is to open The Queens Bookshop in November 2016 or early 2017 in either Forest Hills or Kew Gardens, said Castillo. So far, the trio has promoted their forthcoming bookstore through regular pop-up events featuring story times and a selection of books for sale at playgrounds and festivals throughout Queens. They will also exhibit at the first Queens Book Festival on August 7 and throughout the summer at the LIC Flea in Long Island City.

Castillo said she, Noboa, and Nikodem are excited about the prospect of finding a space and putting the money they’ve raised to good use.

“We’ve seen a couple of locations but we’re looking out for the perfect one,” said Castillo. When it comes to staff, she added, “We will be starting off with just the three of us, and then adding on more booksellers a bit further along.”

To contribute to the Queens Bookshop Initiative, visit their Kickstarter page.