Rodale Kids to Feature Health and Wellness Books for Children

Rodale Kids, Rodale Books’ new children’s imprint to launch this September, will publish fiction and nonfiction titles for young people of all ages, from infants to children to teens.

Rodale Kids aims to publish between 35 and 45 books a year, with lists comprised of fiction and nonfiction picture books, early readers, chapter books, how-to nonfiction, gift reference, and young adult fitness and self-help titles. These are books that will encourage and motivate good habits when it comes to nutrition, fitness, mindfulness, and environmental responsibility, a goal that falls in line with the mission of the greater Rodale Inc. brand family.

Rodale Inc. publishes magazines like Men’s Health, Women’s Health, Prevention, and Runner’s World, while the company’s Rodale Books division has published a variety of wellness-focused bestsellers, including Vice President Al Gore’s An Inconvenient Truth, Bill Nye’s Everything All at Once, and Thug Kitchen. 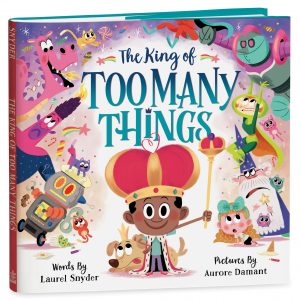 “We feel that there is room in the market for mindful, healthy, interesting, entertaining reads for kids that no one else is publishing,” said Jason Wells, Rodale Kids’ newly appointed associate publisher and director of marketing and publicity. “It was only a matter of time before Rodale entered into the kids’ arena, and I’m thrilled that they decided to do it now.”

Wells most recently served as vice president of marketing and publicity at Simon & Schuster Children’s Publishing, after 14 years at Abrams Children’s, where he worked on the Diary of a Wimpy Kid series, among many other books.

“There’s always room for a new player in the kids’ book market,” he said. “I think it’s easier to break through some of the noise out there when you have an intent and messaging that isn’t like anybody else’s. Rodale really does have this part of the market almost uniquely to itself right now.” 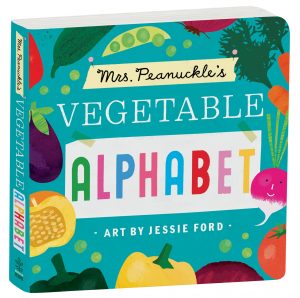 While there are a lot of publishers doing books on mindfulness, yoga, and other health-related topics, Rodale is putting everything into one imprint focusing on that one area, said Wells. Rodale founder Maria Rodale had long wanted to start a children’s imprint, so this is a dream come true for her, he added.

“There are lots of amazing singular titles for kids on wellness, health, yoga, cooking, and mindfulness, but Rodale is offering a concise kids’ list, making it easier for booksellers to find these types of books from one publisher and one catalog,” he said. 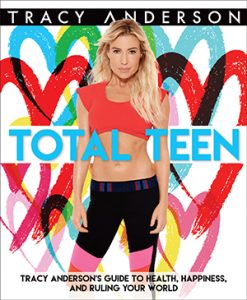 Rodale Kids’ first list comprises 10 books: the first, publishing September 5, is The King of Too Many Things, a picture book by Laurel Snyder and illustrated by Aurore Damant that challenges kids to remain mindful of the amount they ask for versus the amount they can handle. On September 19, Rodale Kids will publish two board books: Mrs. Peanuckle’s Vegetable Alphabet and Mrs. Peanuckle’s Fruit Alphabet, illustrated by Jessie Ford, which teach younger kids about healthy eating and the natural world.

October will bring a new early reader series called The Positive Power Series, with the first book to be called I Am Thankful and the second called I Am Kind, both written by Suzy Capozzi and illustrated by Eren Unten. On November 7, Rodale Kids will publish The Fantastic Body: What Makes You Tick and How You Get Sick, an illustrated nonfiction reference book by Dr. Howard Bennett. 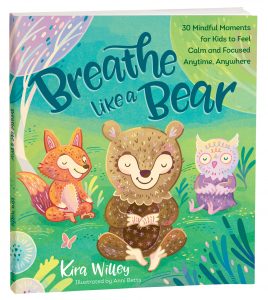 Other books on this first list include, on December 26, Total Teen, a body-positive fitness book for teen girls by Tracy Anderson, a health and fitness consultant to celebrities like Gwyneth Paltrow and Jennifer Lopez who has also published adult books with Rodale. Coming out December 5 is Breathe Like a Bear, an illustrated collection of movement and breathing exercises for kids by Kira Willey, creator of the Rockin’ Yoga School Assembly program. 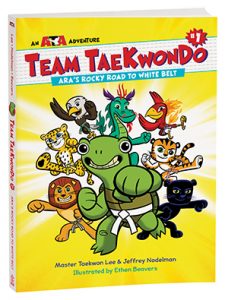 In addition to the Rodale Kids editorial team, some of Rodale’s adult editors are also dipping their toes into the children’s book arena and have been pulling in some amazing projects, said Wells, including a new series with the Pro Football Hall of Fame called Game for Life, a middle-grade biography series launching next summer with books on John Madden, Michael Strahan, and Troy Aikman. Subsidiary Rights Director Rhea Lyons has acquired titles as well, including a major middle-grade series with the Story Pirates.

“We are looking for big and small projects that make sense for us, but we are also looking to bring brands on board that fit our mission,” Wells said. Rodale Kids’ books based on brands will include a collaboration with Meddy Teddy, a stuffed toy brand that has inspired a picture book and subsequent board book featuring the posable bear character. Rodale Kids has also bought rights to other popular brands like The Bloomers, a children’s healthy lifestyle brand featuring bestselling veggie pops, the basis for the new Bloomers Island book series out next spring. 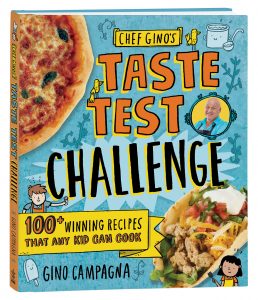 “If a particular brand takes off and the book characters seem ready to be made into a plush or some other product, we would look into it,” said Wells, “but a lot of the books we are doing are based on existing products, like The Bloomers, that we then make into books, so it will go both ways.”

Since Rodale Kids is distributed by Macmillan, the imprint is working with the publisher’s independent bookstore reps to get the word out about the new list, added Wells.

“So far, we are getting a really good reaction from indie booksellers,” he said. “We are planning a mailing of tote bags and some of our early books. We plan to advertise in some of the regional holiday catalogs, as well as feature some of our titles in the ABC Best Books for Young Readers Catalog. We’ll also have a presence at the regional trade shows this fall.”