Save Your Energy for Wi13’s Final Event: The Thacker Mountain Radio Hour

The 2018 Winter Institute in Memphis, Tennessee, will come to a lively close on Thursday, January 25, with the Thacker Mountain Radio Hour, a live weekly radio show typically recorded in Oxford, Mississippi, that features author readings and musical performances.

“We know that it’s a long week of events and we are the final activity, so I would tell attendees to get your second wind, because we’re going to bring a great show up here,” said Jim Dees, who has hosted the radio show since 2000. “This is not the last night where people stumble off exhausted — we’re really bringing it. We’ve got a great band, we’ve got these authors, and we’re not going to phone this thing in. It’s going to rock!” 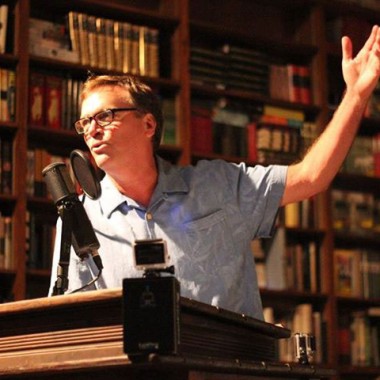 Jim Dees, host of the Thacker Mountain Radio Hour since 2000

will take place from 5:00 p.m. to 6:00 p.m. on Thursday, January 25, in Ballroom C & D at the Memphis Cook Convention Center, and will be followed by the Winter Institute closing reception, featuring the Thacker Mountain guests, from 6:00 pm to 7:00 p.m. in the Ballroom Foyer outside of Ballroom C.

The Thacker Mountain Radio Hour began in 1997 at Blind Jim’s bar in Oxford, and later moved to Off Square Books, the events location for Oxford indie Square Books. According to Kate Teague, the show’s executive director and producer, Thacker Mountain is run today by a core crew of eight people, along with interns, and is heard by an estimated 5,000 people per statewide broadcast. It is currently taped and broadcast every Thursday at 6:00 p.m. during the fall and spring and rebroadcast every Saturday at 7:00 p.m. on Mississippi Public Broadcasting.

Teague said booksellers attending the Winter Institute show should expect presentations by Acevedo, Frazier, and Williams to be interspersed with musical interludes from the show’s house band and the day’s musical guest, Memphis-based soul band The Bo-Keys, whose keyboard player and drummer played with Al Green and other musical artists recording in Memphis during the ’60s and ’70s. 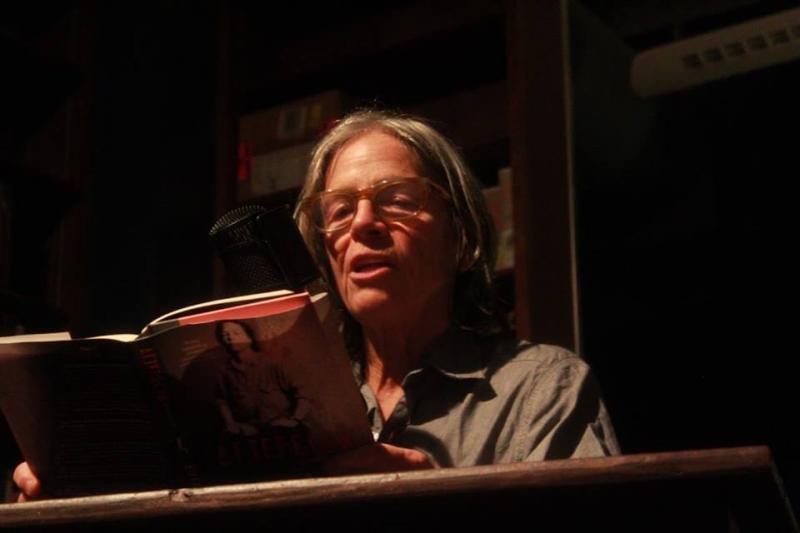 Eileen Myles has appeared on the Thacker Mountain Radio Hour as a guest author.

“It was our intention to highlight Memphis sound and, honestly, with The Bo-Keys, we could not have had a better Memphis band to represent that for us, so we are really excited,” said Teague.

When it comes to their individual segments, Teague said authors performing at the Winter Institute show will be allowed to make their own decision as to how exactly they want their time to flow.

At Off Square Books, the radio hour is typically followed by a book signing and greeting period. Dees said authors sometimes do the music portion as well, with past double-threats including Mississippi writer Greg Iles, author of the Penn Cage series (William Morrow), and Willy Vlautin, author of The Motel Life (Harper Perennial). Over the years, Thacker Mountain’s guests have included other notable literary figures, such as Jesmyn Ward, Elizabeth Gilbert, Orhan Pamuk, Tom Franklin, and Donna Tartt, as well as musical artists Elvis Costello, Amy Ray of the Indigo Girls, and the Drive By-Truckers.

Dees said the show is keen on keeping up the author portion of the hour, and has only been able to do so thanks to its partnership with Square Books and general manager Lynn Roberts, who sends a vibrant range of authors the show’s way each week. 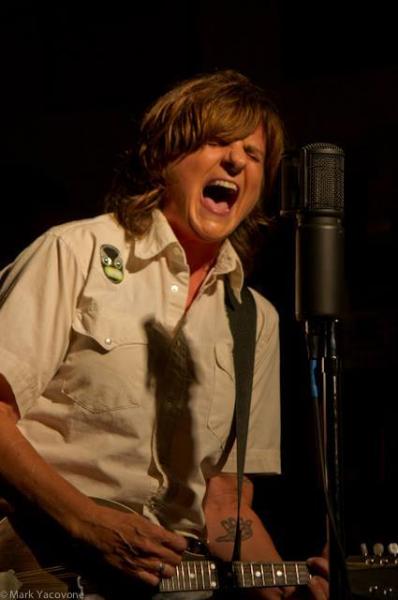 Amy Ray of the Indigo Girls has appeared as a musical guest on the show.

“It’s pretty easy to put the bands on but to get quality authors week in and week out, we really couldn’t do it without Square Books,” said Dees. “The staff there are so plugged in and all the publicists know to steer authors their way. So Square will book someone you’ve never really heard of and then six months later their debut book comes out and it’s a big splash, and we’ve had them on our show.”

Teague said people outside of the show’s broadcast area can listen on the Thacker Mountain website by clicking the “Listen Live” button.

To get ready for Winter Institute and the Thacker Mountain Radio Hour, booksellers can listen to ABA’s Spotify playlist featuring the music of Dar Williams or ABA’s Memphis music-themed Spotify playlist.

The 2018 Winter Institute will be held January 22–25 at the Sheraton Memphis Downtown Hotel and the Memphis Cook Convention Center in Memphis. Questions about Winter Institute can be addressed to winterinstitute@bookweb.org.