Two Lines Press is an award-winning, critically acclaimed literature-in-translation publisher that was created as a program of The Center for the Art of Translation, a 501(c)(3) nonprofit organization based in San Francisco.

The Center was founded in 2000 by Olivia Sears, an Italian translator and editor who in 1994 helped establish the literary translation journal Two Lines: World Writing in Translation at a time when there were very few venues for translated literature in English; the press’ founding in 2013 was a natural progression of the journal and of the foundation’s programs.

“Everything that we publish comes from some other language and is translated into English, and that’s mostly the boundaries of what we’re doing,” said Two Lines Press Publicity Director and Senior Editor Veronica Esposito. “We have a journal that publishes all kinds of writing, and for the full-length books we typically stick to prose. We’ve done novels, stories, and creative nonfiction, though we haven’t done any full-length books of poetry yet.”

In 2019, the press will publish six full-length books, up from four in 2018 and three in 2017, said Esposito, “so we’ve slowly been increasing the number of books we’ve been doing, and I think six new titles is a pretty ambitious number for us.” The year 2019 will be a groundbreaking one for Two Lines Press, Esposito said, and include the first-ever novel by a Thai woman translated into English and the press’ first work of speculative fiction. 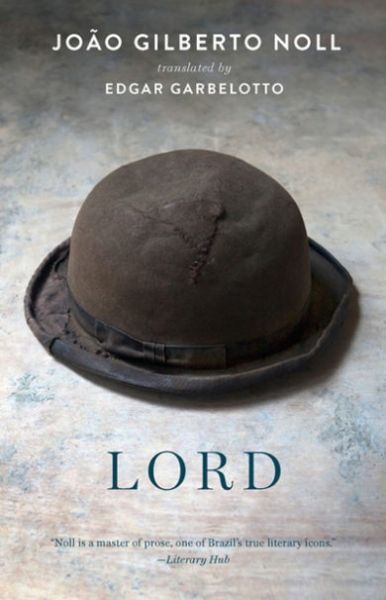 Several of the books being published this year feature the theme of being a foreigner in another country or being an immigrant. “I think a lot of what we do plays with those questions and things like borders and identity, but it just so happens that immigration and things like that are actually very explicitly present in a lot of our 2019 titles,” said Esposito.

The six books coming out this year include Lord by Brazilian author João Gilberto Noll, translated from Portuguese by Edgar Garbelotto (publishing February 12), which will be the third title they have done by this author. In this quietly surreal book, a Brazilian author is invited to be a guest in the U.K. but enters a fugue state and begins to have bizarre experiences of depersonalization and identity confusion, mirroring the experience of an immigrant of one culture being forcibly assimilated by another.

The next book, coming out April 9, is Bright by Thai author by Duanwad Pimwana, translated from Thai by Mui Poopoksakul, which tells a coming-of-age story of a young boy who is abandoned by his parents in a big city in Thailand. Esposito calls Bright “a cross between Gabriel García Márquez and Raymond Carver” and said that, while the author is very in touch with the gritty realities of the boy’s life, the 20 or so story-like chapters in the book still read as playful and slightly surreal, like a folk tale. 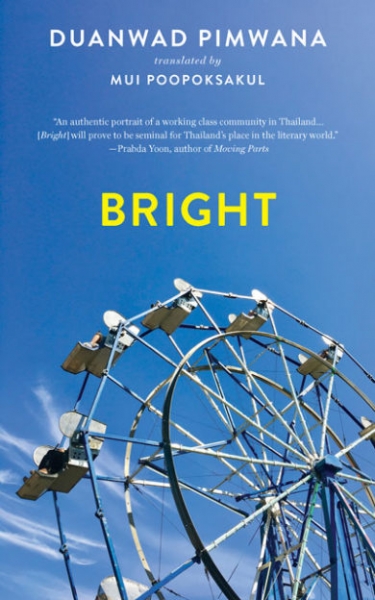 The third book of the year, out May 14, is Beyond Babylon by Igiaba Scego, translated from Italian by Aaron Robertson. In her newest book, the author, a Somali-Italian immigrant, deals head-on with some of the harsh realities of immigration and politics. This book is a sprawling 464 pages, so it is hard to sum up, said Esposito, but can be described as an examination of right-wing authoritarian politics in modern-day Italy, civil war revolutionary Somalia, and Argentina during the Dirty War. Esposito said Jhumpa Lahiri is a big fan of this author and wrote the introduction for the book, comparing it to Zadie Smith’s White Teeth and Danzi Senna’s Caucasia.

The Skin Is the Elastic Covering That Encases the Entire Body by Bjorn Rasmussen, translated from Danish by Martin Aiken, publishes June 11, and has the longest title of any book Two Lines has ever published. It concerns the story of a depressed, traumatized young man who is confused about his sexuality and cuts himself to release the tension he feels, and enters a sadomasochistic relationship with his horse-riding instructor, an older man.

Swedish author Johannes Anyuru is working on a book coming out in October, the current working title of which is They Will Drown in Their Mothers’ Tears. The author is another European author of African ancestry, said Esposito, and is also writing about hybrid identities and migrant realities.

“The difference is this work is speculative fiction, an interesting departure for us since we’ve never done a book quite like this before,” said Esposito. The book begins with an author known for incendiary takes on the Muslim religion doing an event at a bookstore, where he is confronted by a woman who comes to believe she is from the future. 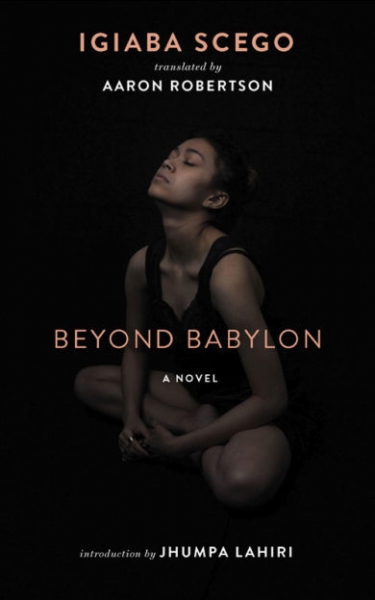 The last book for 2019 is an as-yet-untitled work by Marie NDiaye, whose father is from Senegal and mother is French and who has written three successful titles for Two Lines so far, including 2013’s All My Friends, translated by Jordan Stump. NDiaye’s new book is a story of assimilation in reverse, in which a French family travels to a remote village where the mother and daughter go missing and the father must assimilate into the local customs to find them again. It’s a story of dislocation and power dynamics that puts its characters into strange and disquieting circumstances, a device typical of NDiaye, said Esposito.

In 2019, the Press will also publish two issues of the Two Lines annual literary journal as opposed to one because the spring issue of the journal will be its special 25th-anniversary issue. Esposito said that one major way the press finds new authors and translators is through the journal, which features 12 to 15 translators per issue.

“One of the assets of having a journal that has existed for so long is we have very, very strong relationships with translators and publishers and the whole broader community that exists to make translation possible,” said Esposito. “Once you find a translator whose aesthetic you like, you want to read everything they have translated. We really just key in on translators who established trust and credibility with us.”

Overall, the press employs Esposito and Two Lines publisher Michael Holtmann as well as four other people, though not all work full-time, and two employees strictly work on the Two Lines Journal. Holtmann also has duties as the executive director of the Center. 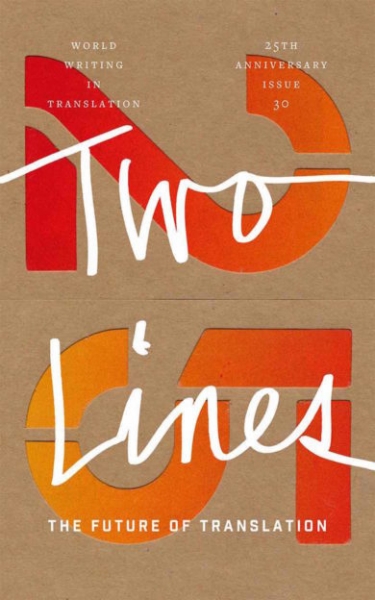 “Over the years, through the journal and the Center, we’ve really established some pretty deep personal relationships with a lot of book people nationwide — writers, editors, publishers, and a lot of booksellers, who are just so, so important to the health and vitality of indie book culture in general,” said Esposito. “Indie bookstores sell the bulk of our titles, and when a certain bookseller gets excited about or gets behind a book, that can really be a noticeable sales bump. When we become a book club selection or a book of the month in a store, that is a big deal — just being on those displays booksellers put together is really important exposure for us.”

“We’re always looking to strengthen and broaden those relationships,” Esposito added, by attending industry conferences like Winter Institute, which they did in 2019, and last year in Memphis, when they brought Japanese author Masatsugu Ono, author of one of the press’ more successful books, Lion Cross Point, translated by Angus Turvill.

“I think one of the things that makes Two Lines interesting as a publisher is that we are part of this larger nonprofit entity,” said Esposito. “The Center does a lot of different things: it has a pretty robust event series in the spring and fall, and we’re very committed to the field in terms of attending the conferences and participating in the larger discussions happening in the translation community. Of course, the Center also has a very robust fundraising arm, so all of that stuff, while it is not done specifically for the press, really does create an environment where the press can exist.” 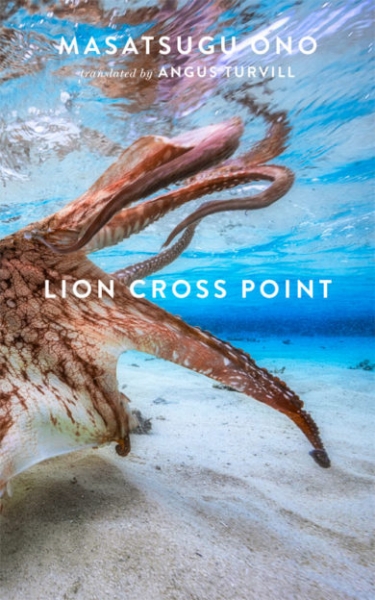 According to Esposito, the author who has gotten the widest, most laudatory coverage in the press’ history is Wolfgang Hilbig, who was born in East Germany and later made his way to West Germany, and whom, before his death in 2009, had won almost every literary award available in his home country.

“He wrote unflinchingly about the realities in East Germany; he is a very intense writer and includes a lot of earthy stuff like decomposing animals, pollution…He was a factory stoker, so there is a lot of coal dust and grime in his books,” said Esposito. “He really knew and understood those realities and could portray them very visibly and very poetically; in his books, he combines the autobiographical aspect with an allegorical one. One thing people really key in on in Hilbig is he could take these really deeply rooted East German things but make them feel relevant to everywhere, which is one reason why he has drawn a big readership here.”

Two Lines published the press’ first Hilbig book in 2015 called The Sleep of the Righteous, which garnered a great review in the New York Times that compared him to W.G. Sebald, and another positive review in the Wall Street Journal. After that, Two Lines took on three more of his books; all three are novella-like, including the most successful, Old Rendering Plant. The press has become known for doing a lot of shorter-length books or novellas, said Esposito, something that is uncommon in the U.S. literary scene. 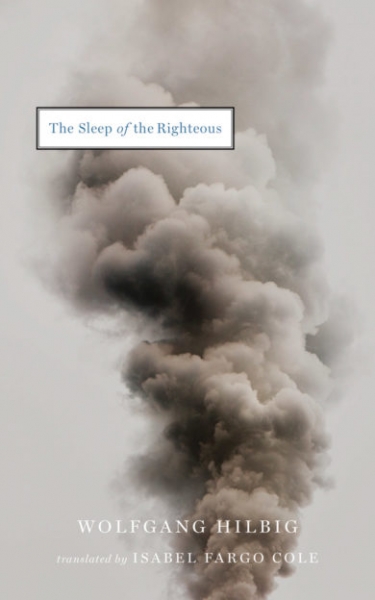 “A lot of publishers that work in English and with American authors shy away from that — they want the doorstoppers that will make the impact, and we really believe that these short books can make a very big impact,” said Esposito. “Some of our most successful books are novella-length, and people just really fall in love with them and read them multiple times.”

Going forward, Esposito said she wants the press, which is distributed by PGW, to remain broad in its approach to publishing, including to continue to strive toward gender parity for their list, which can be hard since the books many countries want to promote and publish tend to be by male writers.

“In 2019 we’re doing Portuguese, Thai, Italian, Danish, Swedish, and French, and we have never worked in some of those languages before,” said Esposito. “There are many great French and Spanish titles, but we want to do books in other languages and from other regions that we have never done.”