This summer, Titcomb’s Bookshop in East Sandwich, Massachusetts, is the exclusive source for signed hardcover Lemony Snicket titles from Hachette. 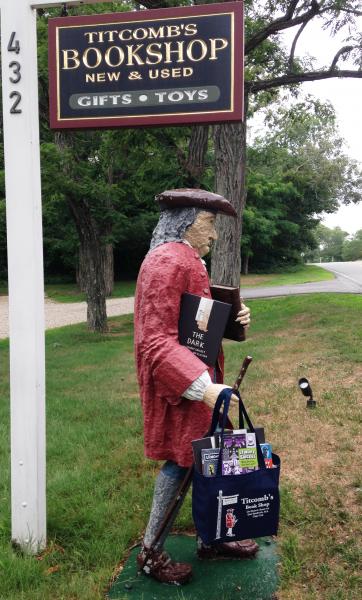 Daniel Handler, acting as Snicket’s official representative, sought out an independent bookstore to work with while he spends time down the shore from Titcomb’s, on Cape Cod.

“We were thrilled to learn that Daniel made this offer to sign books while he is here on Cape Cod and we are very grateful for this opportunity,” said Titcomb’s co-owner Vicky Titcomb. “I think one of the great things that independent bookstores can offer is these relationships with nearby authors who are willing to provide signed books. You can’t do that with a download, so it makes these books really special.”

From now through August 17, readers can order signed and personalized copies of four hardcover Hachette titles through Titcomb’s: Lemony Snicket’s The Dark; File Under: 13 Suspicious Incidents; Who Could That Be at This Hour?; and When Did You See Her Last?

This fall, Titcomb’s will also have signed (but not personally inscribed) copies of Snicket’s upcoming title, Shouldn’t You Be in School?, which releases September 30. Preorders should be placed in August to ensure fulfillment.

“At a time when certain corporate booksellers are locking horns and wounding authors, it is swell to align myself this summer with Titcomb’s, whose staff have always been nice when I stop by unexpectedly, demand obscure poetry volumes, and use the bathroom without asking,” said Handler. 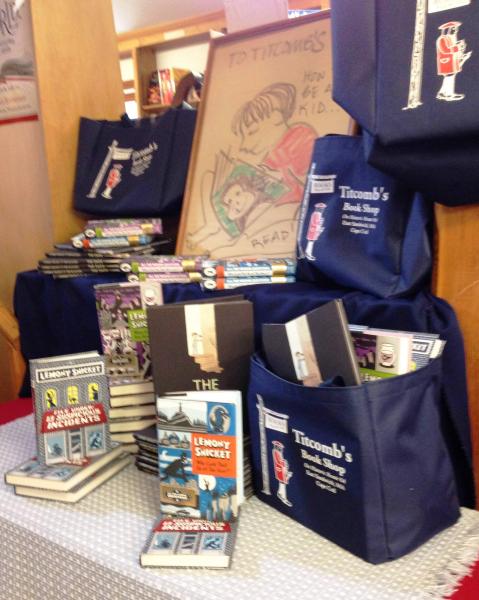 As orders are placed in-store or online, Titcomb’s staff will bring books to Handler’s home to have them signed. Signed copies will be mailed out or can be picked up in the store. Titcomb also noted, “We understand that he will be serving margaritas when we visit him with books to be signed, so of course everyone on staff is most anxious to help out,” said Titcomb.

To let interested readers know about this relationship, Titcomb’s will be sending out press releases to local and national media and promoting it through an in-store display, on social media and their website, and through the store newsletter.