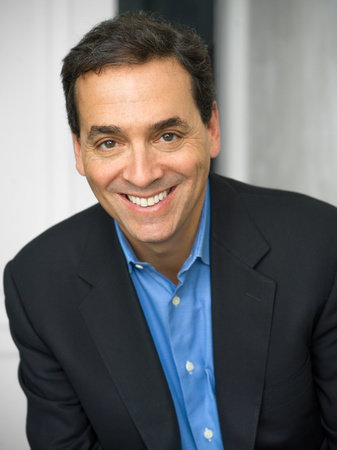 Daniel H. Pink, author of the upcoming title When: The Scientific Secrets of Perfect Timing (Riverhead Books, January 9, 2018), will appear as a keynote speaker at the American Booksellers Association’s 2018 Winter Institute in Memphis this month.

Over two years, Pink and two researchers examined and synthesized more than 700 studies within a range of diverse fields, including economics, anthropology, chronobiology, and social psychology, ultimately concluding that timing — in life, in work, and as a predictor of success — is a science, rather than an art, to which certain principles can be applied. To help, each chapter of the book ends with a special “Time Hacker’s Handbook” section with practical tips for readers. 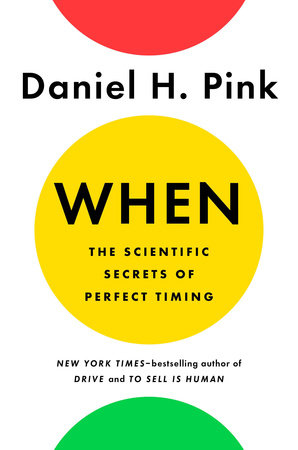 Pink has written six books about business, work, and human behavior, which have been translated into 35 languages, including the New York Times bestsellers A Whole New Mind: Why Right-Brainers Will Rule the Future; Drive: The Surprising Truth About What Motivates Us; and To Sell Is Human: The Surprising Truth About Moving Others, all published by Riverhead Books. He was previously the host of Crowd Control on the National Geographic Channel and has worked as a contributing editor at Fast Company and Wired. His TED Talk on the science of motivation is one of the 10 most-watched TED Talks of all time.

Pink, who has appeared at Winter Institute three times in the past, will speak from 2:45 p.m. to 3:45 p.m. on Tuesday, January 23, in Ballroom C&D at the Memphis Cook Convention Center, where ABA’s 13th annual Winter Institute will take place from January 22–25, 2018.

Bookselling This Week recently spoke with Pink about the details of his research, including some of the ideas booksellers will take away from his keynote presentation.

Bookselling This Week: What will you be talking about in your keynote speech?

Daniel Pink: When is about the science of good timing, so I’ll talk about some of the ideas in the book and try to make them relevant to booksellers. The main idea is that we think that timing is an art and we make our decisions on timing mostly based on intuition and guesswork. My argument is that timing is really a science. There’s this rich body of evidence out there giving us an evidence-based way to make systematically better timing decisions, so I think there are lot of areas where it’s relevant for booksellers. Among the most important areas are: How do you use the hidden pattern of the day to configure work schedules? How do you systematically include breaks in people’s days? The science of breaks is actually pretty remarkable — they are so important to our productivity, our creativity, our overall sense of well-being.

More broadly, there’s some really, really good research on how different stages — beginnings, midpoints, and endings — affect our behavior. One area with lessons for booksellers is the science of endings. How an experience ends plays an oversized role in how people encode it; that is, how they evaluate it, how they remember it. Booksellers can pay more attention to how sales transactions end, and maybe be much more intentional about how experiences in their stores end, and that can create a richer, more memorable customer experience.

BTW: What do you hope booksellers will take home from your talk?

DP: If you get the extraordinary opportunity to talk to people for 45 minutes, the hope is that when they go back to their stores they do one thing differently and it helps them out. I’m not expecting people to have a massive epiphany and change the entire way they live their life and run their business based on my 45 minutes of wisdom. What I’m hoping is that they simply get out of there and say, ‘Hey, that was pretty interesting. I’m thinking about this topic of timing in a new way and now I’m equipped with one or two things to do differently in my store that are going to help me and help my customers.’

BTW: “Synching Fast and Slow: The Secrets of Group Timing,” is likely to be one of the most useful chapters for booksellers, especially managers and owners. What are some ways that managers can promote a sense of group synchronicity at work?

DP: Booksellers working in a store don’t necessarily need to be synchronized in time the way that a rowing team or a choir would be, but they do need other kinds of synching. Having a sense of belonging builds affinity, but it also builds efficiency in this very interesting way. We think of belonging as a kind of soft virtue, but one of the things that the research tells us is that it is really a hard-headed virtue. It helps people coordinate; it actually aids in efficiency. Look at, say, an Apple store. The employees are all wearing Apple store T-shirts, whereas in a typical independent bookstore, people are often wearing whatever they feel like wearing. I’m not saying that’s a bad thing, but one of the things that came out of the research is that dress actually builds a sense of belonging. There might be a way to do something like have your employees design a cool T-shirt — not foist it on them like a McDonald’s uniform by corporate headquarters, but something with real autonomy. This also aids in the customer experience since it will be clear who the people are who can help you.

BTW: What are some of the other lessons booksellers can glean from your research and bring back to their stores? For example, in chapter one, you mention the idea that some people can be thought of as larks, who are at their best in the mornings, while others are more like owls — more on their game at night.

DP: While booksellers don’t need a strong titular boss, I do think bookstore leaders can actually allow people to fashion their schedules based on their own timing preferences. For instance, if you have people who have an early chronotype (people who are more larks than owls), have them start earlier; don’t make the owls start early in the morning and don’t make the larks work late at night. If you have people who are owls, have them take that later shift. When you have greater synchronicity between people’s chronotypes and the time of day they are working, they are going to be happier.

BTW: You’ve written a number of books about business, work, and behavior that synthesize research papers and scientific studies. Why did you decide to write about the topic of timing?

DP: I realized I was making all sorts of timing decisions and doing it in a completely haphazard way, and I wanted to do it better. I wrote this book so I could read it — so I could figure this stuff out and make better timing decisions myself. This book, probably more than other books I’ve written, has changed the way I do a lot of things in my own life. For instance, this interview is on my to-do list, but then I also have two scheduled breaks. Before, I would never write down breaks, so that has changed. When it comes to the idea of whether you deliver good news or bad news first, I would always deliver the good news first, trying to be a nice guy. Now I deliver good news last since according to the research, it’s better. I wrote this book out of my own personal sense of curiosity and frustration about how I was making my own timing decisions. So if this book doesn’t do well, at least it’s helped me.

BTW: What have your experiences with indie bookstores been like?

DP: Like almost all writers, I love independent bookstores. They are the lifeblood of the publishing business. I live in Washington, D.C. so I can literally walk to Politics and Prose and I often do. Around the country, I’m a huge fan of Kepler’s out in Menlo Park, California, and I try to stop into a whole variety of independent bookstores elsewhere. I grew up in a suburb of Columbus, Ohio, and in the last year an independent bookstore, Gramercy Books, has opened up there in Bexley. So as part of this book tour, I’m going to be there to support this new independent bookstore in my tiny little hometown.

Pink’s afternoon keynote will take place in Ballroom C&D at the Memphis Cook Convention Center from 2:45 p.m. to 3:45 p.m. on Tuesday, January 23.

Winter Institute 13 is made possible by the generous support of lead sponsor Ingram Content Group and from publishers large and small. See the full Winter Institute program here.