When John Cavalier thinks back to August 2016, he remembers the devastating flood that swamped his home in Denham Springs, Louisiana, destroyed the warehouse that stocked the inventory for his book fair business, and shuttered his bookstore for a month as 90 percent of the town went underwater. 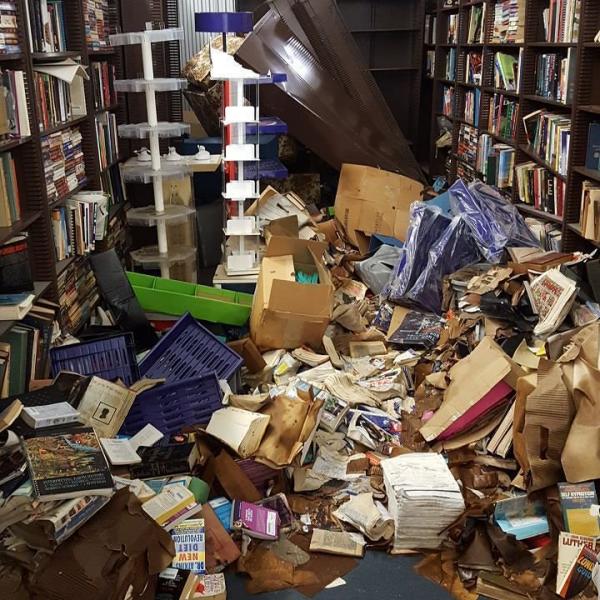 Cavalier credits his store’s escape from the rising waters to luck, but he said the survival of his business was due to good emergency planning beforehand and a resilient business model that adapted when regular customers were more concerned about buying toothpaste than the latest bestseller.

Cavalier will share his experience of the disaster, his store’s recovery, and his work helping his whole community move forward during a panel discussion at the American Booksellers Association’s Winter Institute 13 (Wi13) in Memphis, Tennessee. Emergency Preparedness and Resiliency for Your Business will take place from 1:45 p.m. to 2:45 p.m. on Thursday, January 25, in the Sultana Room on the mezzanine level of the Memphis Cook Convention Center.

Cavalier will be joined on the panel by Valerie Koehler, owner of Blue Willow Bookshop in Houston, Texas, who will share her insights gleaned from weathering last year’s Hurricane Harvey. Pamela French, executive director of the Book Industry Charitable (Binc) Foundation, which delivered a record amount of disaster aid to booksellers in 2017, will also appear to share the help her organization can provide to booksellers in need. 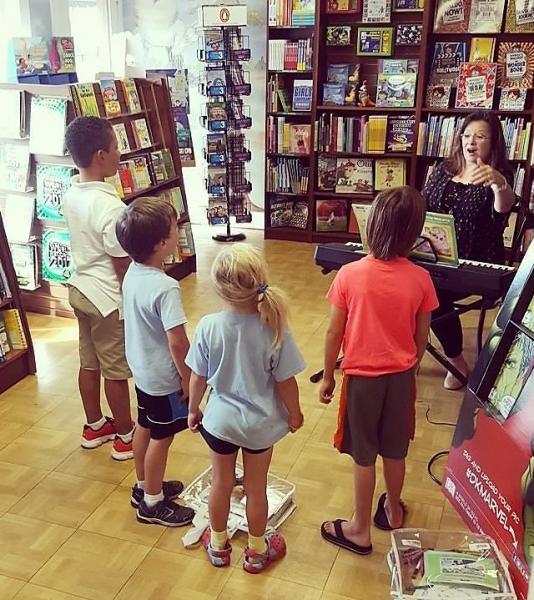 John Cavalier opened the bookstore to community groups, like this Little Mozart class, after the flooding affected 90 percent of his town.

Cavalier proposed the idea for the panel to ABA because he believes good planning can help ameliorate the effects of a disaster. “We were going along, living our everyday lives, and then this no-name storm dumps 30 inches of rain on our town, and in a day, everything is destroyed,” Cavalier said. “You have to regroup and figure out how to move forward with what’s left.”

An “organized person by nature,” Cavalier said he was ready with documentation for the Federal Emergency Management Agency (FEMA) as well as his insurer, and had all the paperwork digitally backed up onto a server so that he could easily produce everything from his balance sheet to his tax return. “Cloud computing is everything nowadays,” Cavalier said. “It’s super convenient to have everything backed up and work from your phone.”

In the days and weeks after the disaster, Cavalier focused on expanding what had been an ancillary business: running book fairs at schools. With his retail shop used primarily as a dry place to store household and other goods, the book fair business provided a growing income and convinced him that many independent bookstores should consider finding a second revenue stream from fairs, pop-up shops, or other endeavors.

“You have to have adaptability with your business practices and business models,” he said. “You’re going from one reality to another in a day. You can’t romanticize what it was, you have to focus on what it is and what it could be. You have to see the possibilities in that.”

He’s also recently expanded into a new wholesale business after buying a local book distributor’s customer list when it was exiting the field. He will start selling books to other bookstores, gift shops, museum shops, and toy stores, with a special focus on local titles. “We’ve been all about solidifying what we do, but also diversifying and expanding so we have a wider footprint and a wider talent roster,” Cavalier said. “We can pull from that so that when we might be slow on retail, we will still be booming with wholesale and book fairs. It makes us more resilient.”

Koehler’s bookstore escaped the worst of Hurricane Harvey’s damage, but much of the surrounding neighborhood was affected. “A good number of my customers are gone and not coming back,” she said. 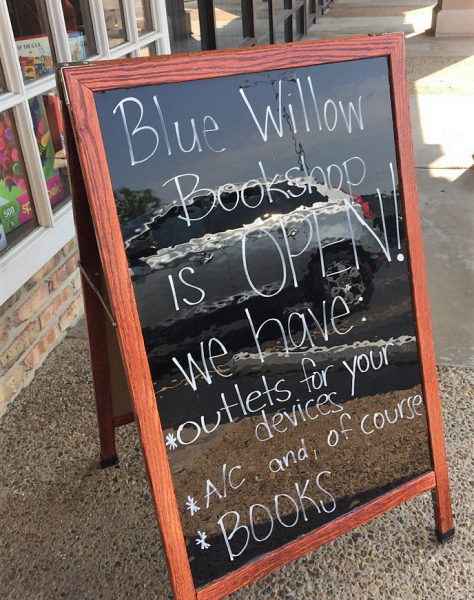 Blue Willow was an oasis after Hurricane Harvey hit Houston.

She’s been devoting her energy to helping the local library rebuild its collection in the months since Harvey made landfall last August. In the immediate aftermath, the bookstore became an oasis for residents stranded without power and somewhere dry to charge their phones and regroup. “We really tried to open ourselves up for the community and to understand what the community was going through,” Koehler said.

What she learned was that few of her neighbors and fellow businesspeople were aware of their danger from the dams and flood plains in the city. “It was shocking to me that so many people lived this close to these dams and don’t even know they are there,” she said.

She advises bookstore owners to take a look beyond their four walls to assess their vulnerabilities to disasters, natural or otherwise. “So many of us have small stores, and so many things going on,” she said. “This is the kind of thing, you can easily say, ‘I’m going to think about it another day.’”

French hopes booksellers attending the panel discussion will come away with advice about how to prepare themselves for a potential disaster like the ones Binc responded to in 2017. Hurricanes Irma and Harvey, the wildfires in California, and floods in the Southeast combined to make last year a busy one for Binc, which distributed $86,580 in disaster aid to booksellers and bookstores — more than in the previous four years combined. “I would say the vast majority of folks are not prepared,” French said.

Some of the steps for preparedness are simple, such as making a hard copy of employee telephone numbers so that if the computer in the store is inaccessible you can still reach people.

“In this day and age, we tend to keep a lot of stuff electronically, which is great, but if you don’t have electricity, a good, old-fashioned hard copy is necessary,” she said.

She also wants booksellers to reach out to Binc for everything from immediate relief in the 72 hours after disaster strikes to help getting back in business in the weeks and months afterward.

A disaster that’s widespread, like a hurricane or fire, can affect a bookseller’s home and business. “For members of ABA, it can impact them personally and professionally,” French said. “If there is a question of how the foundation can help, they should absolutely contact us. We are here and can answer questions, and it never hurts to ask. We have folks who exclude themselves because they think they don’t qualify or think someone else needs help more. It’s important to understand that we are here for everybody.”